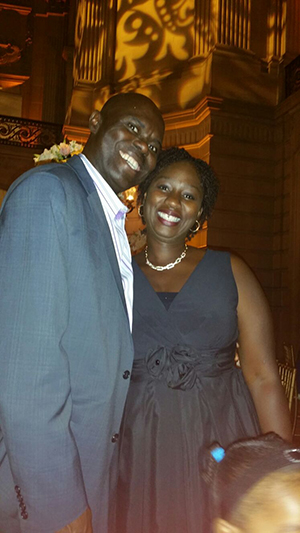 Lucky Iselen was born and raised in Nigeria. He has a Bachelor’s of Science degree in Computer Science and Industrial Technology. He migrated into the United States in 1995 to further his career in Industrial Technology. For several years he worked as a database programmer until 2002 when he ventured into Right At Home.  Lucky was initially attracted to the caring nature of the home care business and remains passionate about providing home care to the elderly in the comfort of their homes. He fondly says that the health care industry was initially an unfamiliar territory for him. Running a 24/7 business in which he is entrusted with the care of others has its challenges. However, he would definitely do it all over again.

Ronke Iselen was born in Washington, DC and raised in Nigeria. She moved back into the United States in 1995 to further her education. She has a Bachelor’s of Science in Political Science and Administrative Studies including a postgraduate degree in Public Administration from California State University, Hayward. Ronke has more than 10 years of administrative experience with the Internal Revenue Service and the Oakland Metropolitan Chamber of Commerce. She joined Right at Home in 2005 to assist Lucky in developing and expanding the business. Ronke is a Certified Senior Advisor and is very involved in her community, including participating with her children at various food drives and other events. 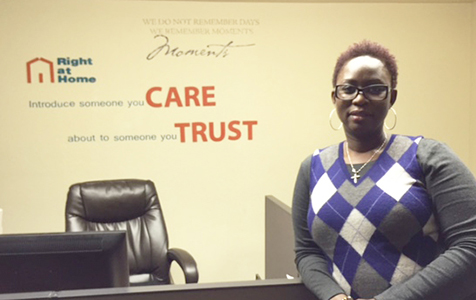 Ronke & Lucky have been married since October of 2000 and are blessed with three children. The whole family enjoys playing soccer and are huge basketball fans. Their children volunteer regularly at Assisted Living communities and soup kitchens around their community.  Ronke says that it’s important to Lucky and her that their children “have a selfless attitude, understand the aging process and also have compassion for the elderly.”

Right at Home was able to provide dignity, caring and thoughtfulness through the end of my mother's life. The dependable caregiver was friendly, compassionate and respectful with our entire family! I have recommended Right at Home to several friends and will continue to do so with others as the need arises.

Contact Us If you can’t find what you’re looking for or have a specific request, simply complete the form below. We’re always here to help.
3ddb4742-ea14-4259-8af0-85044353cb43 https://www.rightathome.net/alameda-county LocalSite