Boomers Returning to the Movies 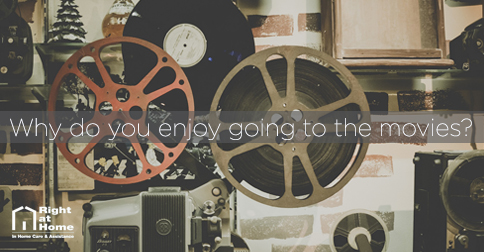 America’s seniors are filling movie theaters in record numbers to watch Hollywood’s mature actors reinvent themselves on the big screen. The resurgence of 60-plus cinema stars is attracting box office dollars, and America’s seniors are settling in with their buckets of popcorn.

While younger viewers take to their tablets and TV to download films, senior moviegoers enjoy their cinema experience in large part because they have the money and free time, and value getting out of the house.

As the silver-haired flock to the silver screen, here are a few multiplex tips:

Why do you enjoy going to the movies?