Polls show that many people worry about losing their mental abilities as they grow older. When it comes to brain health in our later years, there are many misconceptions. Let’s clear up some of them with some of the latest research.

Myth #1: Mental deterioration is inevitable in our later years.

Fact: As we grow older, we experience certain age-related memory changes, including “tip of tongue” moments when we forget a name or word, or the classic “Where are my glasses? Oh, on my head!” Those are considered normal and are quite common. “We all lose some cognitive function as we age—it’s normal,” says Dr. Orly Lazarov, a neuroscience professor at the University of Illinois at Chicago, who conducted research proving that older brains can continue to grow new nerve cells (neurons). The majority of us will retain our mental faculties until the end of life. In fact, in certain respects, older brains are more efficient, and they’re rich with information and that quality we call “wisdom.”

Myth #2: Alzheimer’s disease and dementia are the same thing.

Fact: The term “dementia” refers to a decline in memory, various thinking skills, and emotions. Alzheimer’s disease is the most common cause of dementia, but there are many other conditions that cause damage in various areas and circuits of the brain. These include Lewy body dementia, frontotemporal dementia, Huntington’s disease, and vascular dementia, which might be caused by a stroke.

Myth #3: If family members have Alzheimer’s disease, I will too.

Fact: Certain genetic factors raise a person’s risk of Alzheimer’s disease. But according to the National Institute on Aging, the disease is caused by a combination of genetic, environmental and lifestyle factors. Disrupting controllable lifestyle factors can lower the risk or slow the symptoms. Some people whose brains show typical Alzheimer’s-related changes nonetheless have few outward signs of the disease.

Myth #4: If Alzheimer’s disease is diagnosed, there’s no way to slow it down.

Fact: Research shows that many of the lifestyle factors that protect against dementia also can slow the progression of symptoms. These include eating a brain-healthy diet, getting plenty of exercise, reducing stress, taking part in mentally stimulating activities, and avoiding smoking and drinking too much alcohol. It’s also important to manage health conditions such as high blood pressure, hearing loss, sleep disorders, diabetes and depression.

Fact: Following the lifestyle recommendations above can improve symptoms of Alzheimer’s or other types of dementia, but the disease will progress. However, it’s very important for the doctor to rule out causes of memory problems and confusion that may be temporary! These include medication side effects, infections (commonly of the urinary tract), delirium, vitamin deficiencies and depression.

Fact: “Brain games” are a big industry these days. Studies on the benefits of these products are mixed. But we do know that any activity that gives our brains a good workout helps build new connections in the brain, helping to keep us mentally sharp and improving our ability to access memories. Education is a protective factor, but we shouldn’t stop learning even after we collect our diploma. At any age, learn a language or take up an instrument—anything that is new to you. Socializing with others also provides good brain exercise.

Myth #7: Brain exercise is the only kind of exercise we need.

Fact: While we need lots of mental stimulation, physical exercise is just as important. A program of aerobic and strengthening activities maintains adequate blood flow to the brain, and helps control heart disease, diabetes and other health conditions that affect brain health. Exercise also reduces the risk of head injury from falls. Experts from the University of Geneva in Switzerland report on a “virtuous cycle”: Exercise promotes brain health, and brain health in return makes it more likely we’ll be active.

Fact: Companies spend billions of dollars marketing these products on TV and the internet, but there’s no evidence that any of these pills, powders, herbs or gadgets are effective. These products are not regulated by the U.S. Food and Drug Administration. Always talk to your doctor before purchasing or using a supplement. Some are actually dangerous, while others, at best, are a waste of money that you could be using for something that is really of benefit—like fruits and veggies for dinner or an exercise class!

Myth #9: The baby boomers have a lower risk of dementia than their parents’ generation.

Fact: Experts believed that for a while, but … it’s complicated. Though an aging population equals a larger total number of people living with dementia today, the actual percentage of older adults with memory problems is on the decline. But a 2020 study from Ohio State University showed that the baby boomers are scoring lower on certain cognitive tests than their parents were at the same age. Researcher Hui Zheng speculates this is due to lifestyle factors such as inactivity and obesity and social isolation. Fortunately, these are all factors individuals can control.

Myth #10: If a person notices memory problems, it’s best not to say anything.

Fact: Today we know that much can be done to help people with memory loss, in the early stages and beyond. Sadly, some people fail to report memory problems to the doctor, preferring to remain in denial. They chalk it up to “Oh, I’m just getting older.” Their family might have the same temptation—“Grandpa’s just getting up there in years.” But delaying an evaluation could cause the person to miss out on beneficial treatment and care. Whether the problem is treatable, or the diagnosis is Alzheimer’s, working with their care team allows for the best outcome and care planning. 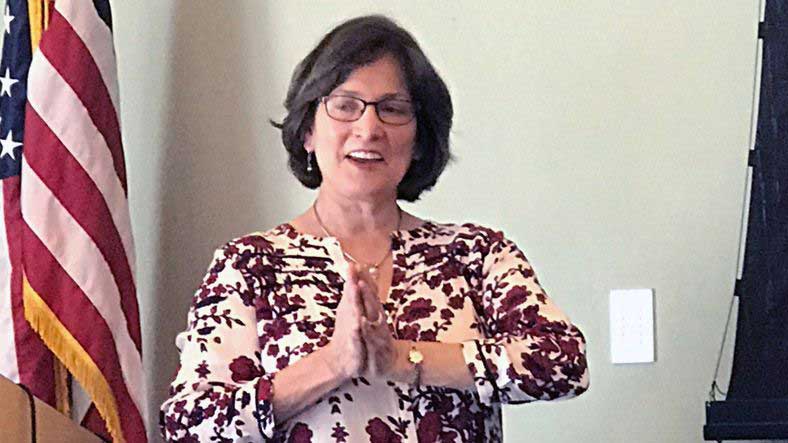 Neuropsychology of Dementia and Alzheimer’s

Loved ones with dementia are not the only ones impacted by the intensity and progression of dementia. “The symptoms can definitely affect caregivers,” says Carol Gonzalez-Sheak, owner of the San Jose, Calif., Right at Home office.
Read more 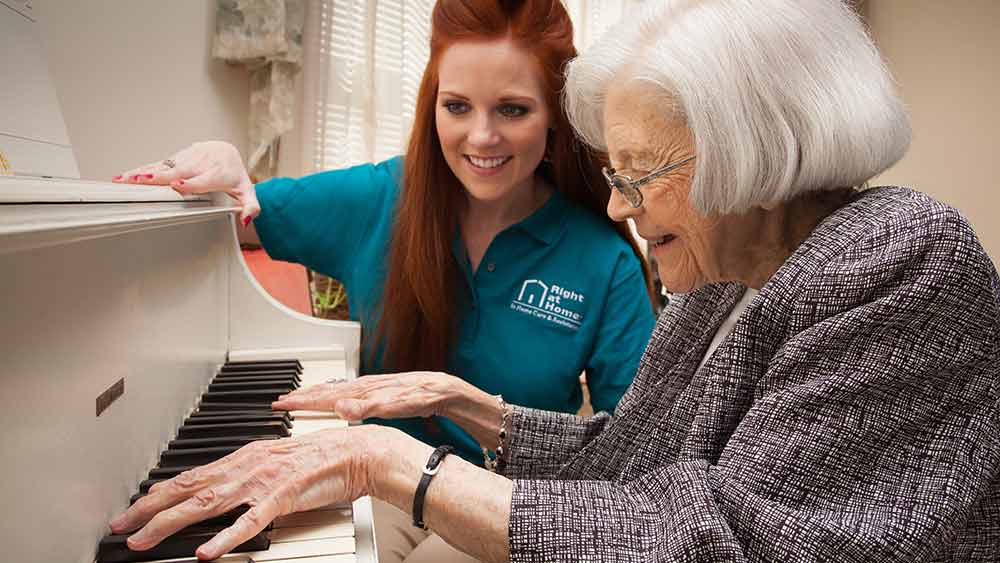 The Many Brain Health Benefits of Music

Research shows music offers many health benefits and can be a great tool for caregivers.
Read more

Top 10 Myths About Your Risk for Alzheimer’s Disease

Nearly 6 million people over the age of 65 in the U.S. are living with Alzheimer’s disease. Learn the common myths and facts about your risk of developing Alzheimer’s.
Read more