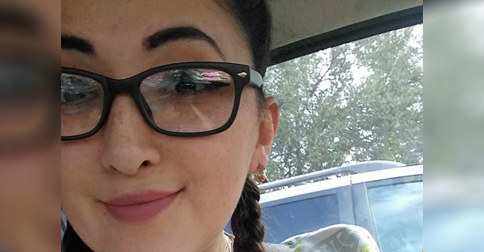 Angel Benavides comes from a big Texas family of eight children. The caring trait runs in her family — Angel became a personal care assistant in 2012 to provide home care and assistance for seniors and adults with disabilities, and three of her siblings also help others for a living.

At 9 a.m. on August 29, 2017, Angel received a group text message from her supervisor at Right at Home, asking if anybody would be able to volunteer to help at the George R. Brown (GRB) Convention Center. During the stress and chaos of Hurricane Harvey, Angel didn’t pause before texting back, “of course.”

Knowing that her family was dry and safe at her in-law’s house, Angel braved the storm to help others. She drove a large truck to get through flooded roads that would have been otherwise impassable and was the first and only caregiver who made it to the GRB Convention Center in downtown Houston that day.

Sorting Out Chaos at a Hurricane Shelter

As a huge convention hall, the GRB Center served as a great space to temporarily house all those who had been displaced from the storm. People continued to stream into the GRB Convention Center, being dropped off by buses, taxis, and even helicopters. Everyone who was either rescued or volunteering had to go through security upon arrival, and there was no method to the madness once they walked through the doors.

When Angel arrived at 11 a.m., there were people everywhere — families, seniors, pets — it was pure chaos. “People were coming in soaking wet, in wheelchairs and with walkers,” says Angel. “The doctors were moving full-steam ahead with no time to consider the modesty or comfort of patients. Nursing home patients were sitting in wet clothes on cots.”

Angel immediately took action and got the volunteers to make a barrier in one of the rooms in order to give the seniors some privacy when receiving incontinence care. “I asked nurses and volunteers to hold up sheets to change people in privacy until the Navy eventually arrived with privacy screens for us to use,” Angel continues.

But even with the newly organized area, cots were placed 2 feet apart and were packed wall to wall with people. Angel ran around the Convention Center gathering supplies from wherever she could to make sure the medical volunteers had what they needed to treat the seniors and the infirm.

“By the second day, we had organized the situation and were able to make people comfortable and get them the supplies they needed,” Angel recalls.

Selfless Donation of Time and Care

Two of the caregiver volunteers also worked for Right at Home. Angel even convinced her sister to join and assist. Her sister was moved by the experience, and when life went back to normal after the hurricane, she, too, decided to pursue a career in professional caregiving.

When asked about the most unforgettable moment during her experience volunteering at the GRB Convention Center, Angel identifies a conversation that was both joyous and heartbreaking. “On my second day, I saw a patient I had spoken with previously sitting on her cot and crying,” Angel recalls. “I asked if she was OK, and she said that she felt so blessed to be alive — she had lost everything in the hurricane except her life. She was so grateful not to have drowned in her home. And in that moment, I was so thankful that I could be there to help her and all the others who were suffering in that moment.”

Angel doesn’t think that what she did during the hurricane was necessarily heroic or out of the ordinary — she just considers it part of the job.

“I really love my job!” Angel says enthusiastically. “I love being able to give back in this way.”

When asked about why she thinks caregiving comes so naturally to her family, Angel says that it’s sort of like a family motto to recognize all the people who helped take care of them as children and to pay it forward now that they have all aged.

“My clients who I care for every day have come through and survived so much,” says Angel. “I love learning about their lives and history — especially learning about how they fell in love with their spouses! I joke around with my husband that he needs to step it up a little.”