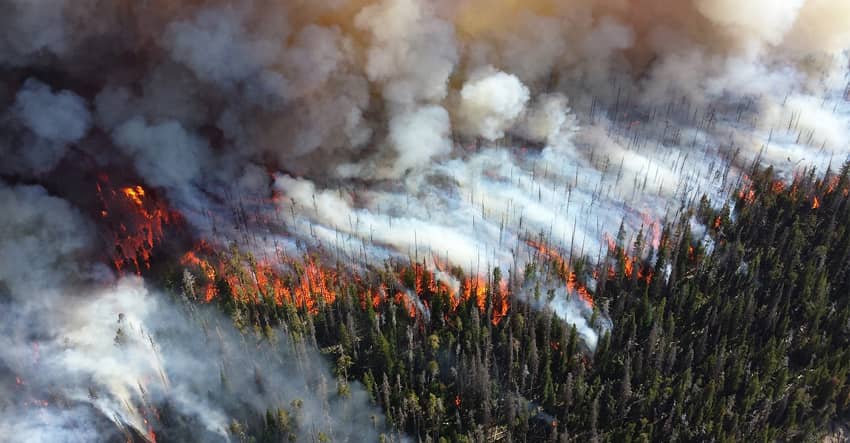 Bob and Mary have been married for 69 years, and although their bodies have slowed down during their lifetimes, their love for one another has not. Diane, a Right at Home caregiver who provides 24-hour care for Bob and Mary, loves being able to watch over the couple, who have such a great relationship.

“Seeing how they interact and demonstrate their love for one another is pretty incredible,” says Diane. “But caring for a couple can get tricky because the dynamics are different when you have two ‘bosses’ to manage. It took me some time to figure out the best way to honor the feelings of each of them.”

Both Bob, 96, and Mary, 88, struggle with dementia that comes and goes. They can easily switch between being coherent and confused, so when a crisis hit close to home, Bob and Mary’s family and Diane took extra measures to keep the elderly couple comfortable.

In October 2017, the news was dominated by stories about wildfires raging through Napa Valley and surrounding towns. One of the towns affected by the fires was Santa Rosa, where Bob and Mary live. Strong winds made the path of the fires unpredictable, so Bob and Mary had not been evacuated by the time the fires reached their property.

As the owners of a winery, Bob and Mary live on almost 40 acres of land. They live in the main house on the property and their son, Bill, was living with his wife in a smaller home. On the night of the fire, Diane woke from a deep sleep to the sound of text messages going off on her phone around 1 a.m. The cook, who also was living on the property, was asking Diane if she smelled smoke. Diane opened a window, immediately smelled smoke and sprang into action. She had to get Bob and Mary up and ready to evacuate their home.

Diane and the cook, along with the family, helped get Bob and Mary into Bill’s car, and they all drove to higher ground to get away from the fire. In their haste to leave, they left everything behind, including Diane’s car.

“I wasn’t really concerned about anything except keeping Bob and Mary comfortable and safe,” said Diane. “We ended up at a neighbor’s house and watched everything burn from the picture window in their living room. It was absolutely surreal — all of us sitting in the dark watching the red sky. It didn’t feel safe.”

So the group decided to get back in the car and drive to the Safeway grocery store. They were surprised to find the parking lot full of cars and people at 2:30 a.m., but all the hotels were full, and no one seemed to know what to do.

Help in Times of Trouble and Disaster

“It was so eerie and quiet — all the hotels were booked, it was the middle of the night, and everything was on fire,” said Diane. “So I suggested to take everyone to my home for the night so we could get some rest and figure out the next steps in the morning.”

They finally arrived at Diane’s home, about 20 miles away from where the fires were, around 5 a.m.

“We got there and realized that we couldn’t get Bob and Mary up the stairs to my home, so the cook, Bill and his wife, and Bill’s brother, Mike, all stayed at my home,” said Diane. “I called my landlord and arranged to stay with Mary and Bob in a guest house on the property. In the morning, my landlord and his wife made all of us breakfast — it really took a village!”

The group ended up staying at Diane’s home for two days before arranging to relocate to Santa Cruz to be with extended family, and it was another two weeks or so before any of them could return to the Santa Rosa property to assess the damage. When they were able to return, they found the cook’s cottage and Bill and his wife’s house burned to the ground. Remarkably, Bob and Mary’s house — and Diane’s car — remained unharmed.

When asked if Diane thinks she went above and beyond in the situation, she hesitates momentarily before responding. “It just seemed like the right thing to do at the time,” she said. “I never thought about abandoning them. We were all placed in the situation together, and we stayed in it together.”

While others seem to be amazed at Diane’s generosity and grace in a challenging situation, she doesn’t see it as being all that impressive. Perhaps, she reflects, it was “the process of taking care of the others through the fire that helped normalize a terrible situation for me.”