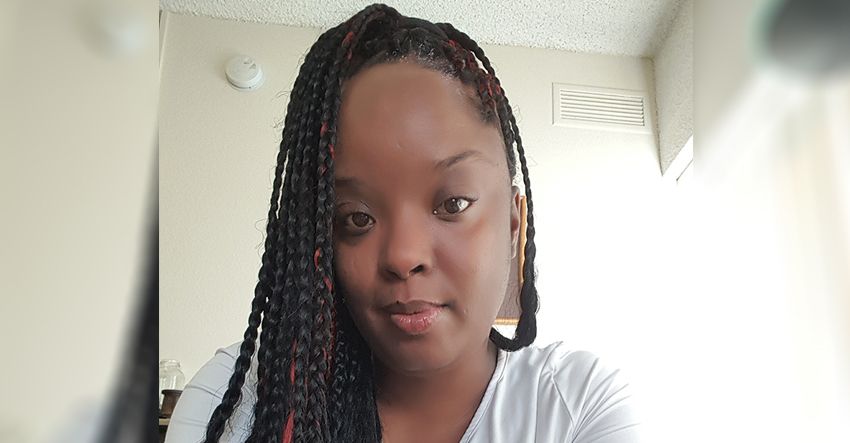 Published By Hilary Young on September 18, 2018

Tamisha Taylor was just 17 years old when she began caring for her grandmother. While Tamisha had a natural ability for caregiving, it was not something she had considered doing as a career. But when Tamisha’s grandmother was on her deathbed, she encouraged Tamisha to go to school and get certified, which was a hard request for Tamisha to refuse. She followed her grandmother’s advice and became a Certified Nursing Assistant (CNA).

Now, more than 20 years later, Tamisha has dedicated her life to caring for others, like veterans. During her seven years with Right at Home in Beverly Hills, California, Tamisha has cared for a total of five veterans, and she still cares for four of them. While she has no formal training in working with veterans suffering from Post-Traumatic Stress Disorder (PTSD), her personal experience with her own grandfather—a World War II veteran who also suffered from PTSD—has helped guide her through sometimes scary experiences.

“If you’re familiar with PTSD, watching someone in the throes of it can be really scary,” says Tamisha. “But I just try to stay calm and help alleviate their stress. Sometimes that means stepping outside for some fresh air, or going into another room for a glass of water—you just have to find ways to remove yourself from the situation when it gets heated.”

What Is Post-Traumatic Stress Disorder? What Are PTSD Symptoms?

For many veterans, PTSD is a sad reality of experiencing war. Research on veterans and PTSD shows that “a large majority of Vietnam veterans struggled with chronic PTSD symptoms, with four out of five reporting recent symptoms when interviewed 20-25 years after Vietnam.”

According to the National Institute of Mental Health, symptoms of PTSD can appear within three months of experiencing a traumatic event, but sometimes don’t appear until years afterwards. Symptoms appear in a variety of ways, including:

If a variety of these symptoms are consistently present for over a month and affect your life and relationships, there is a good chance that PTSD is the cause. The first step on the road to recovery is receiving a positive diagnosis from a trained professional, like a psychiatrist or psychologist. Studies have estimated, however, that roughly 50 percent of veterans living with PTSD do not seek treatment for their symptoms.

Sensitive Care for Veterans With PTSD

Although Tamisha is not a psychologist or psychiatrist, she’s familiar enough with the symptoms of PTSD to identify when a client might be suffering from it. She reports that one client who had served in Vietnam has nightmares and shouts out in his sleep, making noises that sound like gunfire; he’s also prone to experiencing flashbacks.

“When he’s having an episode, I will delicately approach him because I’m not sure exactly how receptive he might be afterwards,” says Tamisha. “I try to find ways to take his mind off of what he’s re-experiencing. We talk about gardening or boxing—his favorite sport—or the real estate market, since he’s invested in properties in the area.”

Another one of Tamisha’s clients has been officially diagnosed with PTSD, and there are days when it’s difficult for her to see him experiencing the symptoms.

“His symptoms present themselves differently,” says Tamisha. “He’s usually such a happy person, but some days he’s so down that he’ll just cry all day—he won’t eat and won’t shower. It’s very difficult to watch.”

Although the other veterans she cares for haven’t had PTSD episodes in Tamisha’s presence, she does report that all of them are “a little depressed and don’t like to talk about their time in the service.”

Tamisha recognizes how much her clients who are veterans struggle, and she does her best to bring them comfort.

“They’ve risked their lives for our country, so it makes me happy to step in to take care of them now,” Tamisha says. “I never once say, ‘I know how you feel,’ because the truth is that I don’t. I just try to show up with patience and compassion.”

The U.S. Department of Veterans Affairs (VA) also recognizes how much veterans can struggle as they age, which is why the VA covers certain in-home caregiving services for veterans. According to the VA website, the “program is for veterans who need skilled services, case management and help with activities of daily living,” but there are limitations on the amount of care individuals can receive. All aging veterans are encouraged to look into the program, as caregiving can be a lifesaving service for many.

On the flip side, caring for an aging veteran can be just as rewarding for the caregiver. “Caring for others really does something for me,” Tamisha says. “I love making other people happy and really can’t imagine doing anything else.”