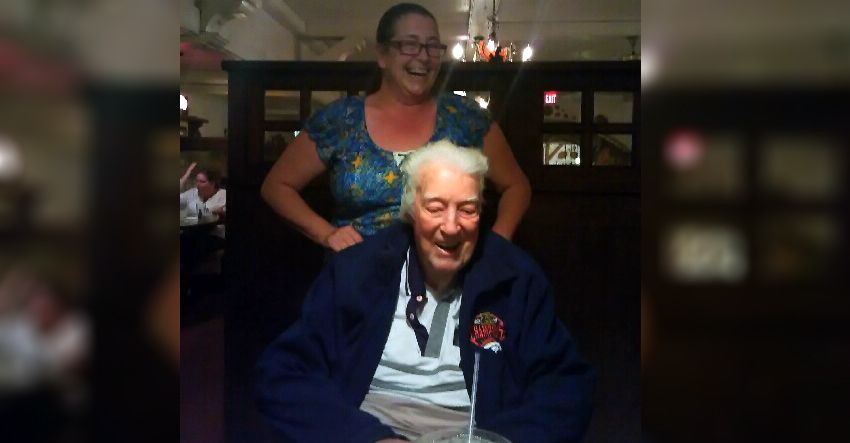 Robin Hartman thinks that most people misunderstand what home care is really about. “Many people think it’s just a lot of sitting around, but there is so much coordination, especially with family members,” Robin explains. “The longer you can keep seniors in their home, in their own surroundings, the longer they’ll live and the happier they’ll be.”

Robin became a professional caregiver in 1996. She joined Right at Home in 2015 as a Home Care Aide, providing in-home care to seniors and adults with a disability in the San Fernando Valley, California, community.

Happiness and comfort are two things Robin holds in the highest regard when it comes to her clients. When wildfires ravaged the areas surrounding Glendale, California, it was no surprise that she was more concerned about the well-being of her clients than her own well-being.

Going Beyond the Call of Duty to Keep the Elderly Safe

A California resident for over 20 years, Robin has weathered droughts, mudslides, earthquakes and fires; she is no stranger to natural disasters. But the recent wildfires that tore through the Los Angeles area were the closest to the city she had ever seen.

Two of her clients — Mr. G. and Ms. S. — were not in the evacuation zone during the fires. Although Robin wasn’t worried about their houses burning down, she was concerned about the smoke’s effect on them due to the proximity of the fires. Robin felt a duty to check in on both of her clients, who have breathing issues, even though she was not scheduled with either of them.

“I didn’t know how affected they would be by the fires, which were moving faster than anything I had seen before,” says Robin. “I knew they would both be in their homes, but I didn’t know if they were panicking — I just wanted them to feel safe and know that they would be OK.”

Safeguarding the Elderly Against Smoke and Fire

As the fires were encroaching upon Glendale, Ms. S. insisted to Robin that she was fine and wanted to follow through with her doctor appointment. But when Ms. S. left the house with Robin, she became concerned at the sight of the fires, and the smoke and ash that filled the air.

To avoid the smoke from getting into the house, Robin shut off the air-conditioning temporarily until it was time for her to head out to check on Mr. G. Prior to visiting Ms. S., Robin had spoken to Mr. G.’s daughter-in-law on the phone and offered to check on the client until his family could help him evacuate.

“When I first got to his house, I could see fire coming over the ridge,” Robin recalls. “I could smell smoke in his house, so I put him on oxygen and stayed with him until his breathing became more regulated. I wanted him to calm down.”

“I like everything about caregiving, but mostly the feeling of being part of an extended family,” says Robin. “So there was no question for me about whether or not to check on my clients. It was an emergency and I had to make sure they were OK for my own sanity — the same as I would have with my own family.”

For Robin, a perk of caregiving is knowing that she’s helping provide both her clients and their family members peace of mind. Especially during the fires, she wanted everyone to remain calm so if the time came to evacuate, everyone would be able to think clearly.

Robin doesn’t see herself as being a hero though; she was simply doing her job.