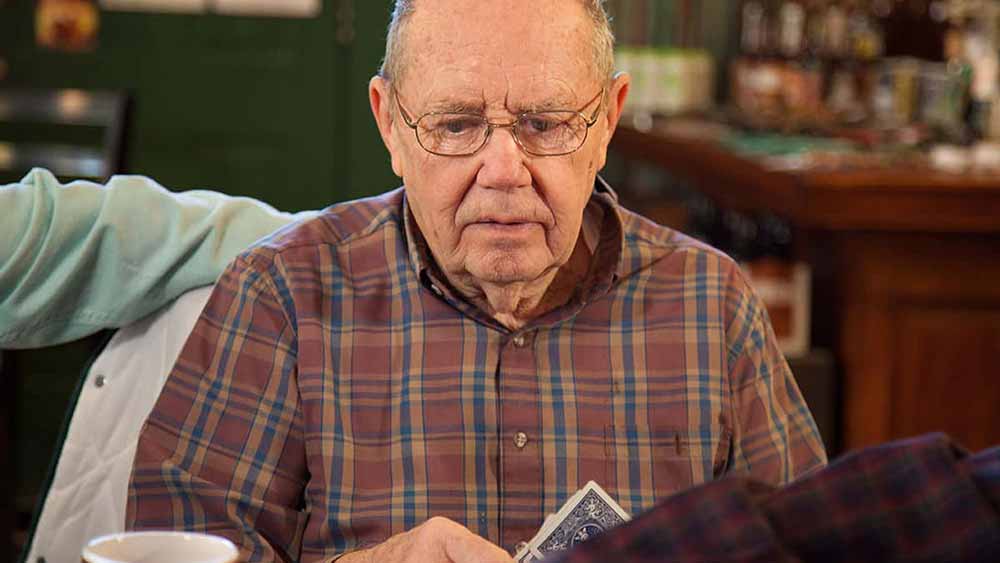 Laura is looking at old family photos with her daughter, Olivia. “That’s our old house in … in …” Laura says. “Atlanta?” says Olivia, finishing her mom’s sentence. “Yes, Atlanta,” Laura says. Then for the rest of the day, she frets. Why couldn’t she remember the name of the city where she once lived?

We might worry when we grasp for a word. “It’s on the tip of my tongue!” we might say. If you experience these so-called “tip of the tongue” errors, you’re not alone. But especially as we grow older, we might be concerned about what’s causing those glitches.

Psychology professor Michael Vitevitch of the University of Kansas has been studying this phenomenon. He says that while these errors become more common as we grow older, young people experience them regularly, as well. Indeed, he says, we can learn a lot about how language works by watching people grapple with tip-of-the-tongue lapses. “They tell us how the language system is built — for example, that meaning is stored in memory separately from the sound of the words — and they show that memories can be transient,” he said. “You used the word last week, and while you can’t retrieve the word right now, a few hours later the word comes to you.”

A University of Michigan study confirms that “tip-of-the-tongue” errors happen more often to seniors, but aren’t necessarily a sign of a serious memory problem. In the study of 105 healthy, highly educated older adults ages 65 – 92, the research team found that 61% reported this memory mishap during the course of 24 hours.

Psychology professor Cindy Lustig, the study’s senior author, says this information could help in designing memory training programs for older adults. “Right now, many training programs focus on the age differences in memory and thinking that we see in laboratory studies,” she said. “However, those may not translate to the performance failures that are most common in everyday life.”

Lustig reports that when people of all ages are tested in the lab and have nothing to rely on but their own memories, young adults typically do better than older adults at recalling words. “When we looked at how people performed on standard laboratory tests, we found the usual age differences,” she said. “People in their 80s and 90s performed worse than those in their 60s and early 70s.”

However, says Lustig, out of the lab and into the real world, older adults actually might outperform young adults at certain memory tasks, such as remembering appointments, because seniors are likely to use memory supports such as calendars, lists and alarms.

Seniors and families should know that occasionally forgetting a name or word is not a sign that an elderly person has early-stage Alzheimer’s disease or another type of dementia. Lustig cautions that if seniors experience anxiety about these lapses, they might restrict their activities or avoid others, thereby affecting their independence. “Everybody forgets,” she reassures us.

But this doesn’t mean that all memory changes are benign. Said Lustig, “Our findings suggest that certain types of memory errors may be especially important to monitor for increases, which then should be discussed with a clinician.”

Which memory errors might indicate a problem? There’s an old saying: “If you forget where you left your car keys, that’s normal. If you forget what the car keys are for, call your doctor.” To learn more, check out “Memory Changes in Seniors—Normal or Dementia?”