Favorite Inventions of Your Generation 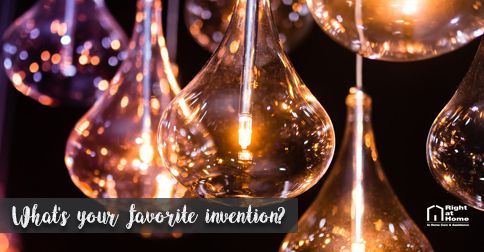 The airplane, phonograph, automobile and motion picture were just a few of the most notable inventions of years gone by. What would you list as your most-appreciated scientific invention of your generation? Here’s a few decades’ worth to get you started.

1930s In 1930, Col. Jacob Schick patented the electric razor. Although the first form of instant coffee is credited to Britain around 1771, it wasn’t until 1938 that Nescafé® introduced an instant coffee with an acceptable taste.

1940s The “Big Band” era ushered in two of the most time-saving inventions for cooks: the microwave and Tupperware® food containers, both in 1945. Raytheon’s first commercially available microwave was 6 feet tall and weighed roughly 750 pounds (a smaller, countertop model was later introduced in 1967).

1950s The first universal credit card debuted in 1950, and Lego® interlocking bricks wowed the market in 1958. Although Velcro® was invented in the 1940s by a Swiss engineer, the hook-and-loop trademark was registered in the United States in 1958.

1960s The halogen lamp for standard lightbulb sockets brought a new enlightenment to America in 1960. Permanent-press fabric was introduced in 1965 for men’s and boy’s slacks. Move over clunky irons!

1970s New major technologies spanned the 1970s. In 1971, the first single-chip microprocessor computer and videocassette recorder (VCR) debuted. The first digital camera caught everyone’s eye in 1975, and mobile phones and the Walkman® made a resounding entrance heard around the world in 1979.

1980s On the music front, CDs took their first spin commercially in 1982, and the first consumer camcorder came out the next year. Tim Berners-Lee is credited with introducing the World Wide Web in 1989. (Sorry, Al Gore).

1990s The digital answering machine was invented in 1994. The U.S. Air Force launched in 1993 the satellite navigational Global Positioning System (GPS), and lost hikers and drivers are forever grateful.

2000s With their first iPod® in 2001, technology giant Apple kicked off the century and a never-ending race for creating small music devices. Toyota’s first hybrid gas-electric car with self-parking features hit the road in 2003. In 2005, video-hosting website YouTube came into focus letting consumers share videos across the planet. The first-generation iPhone® proved a mobile technology breakthrough in 2007.

2010s Introduced in 2010, the Square mobile-payment device cashed in as a hit for on-the-go credit and debit payments. The first virtual assistants via cellphone launched in 2011. And finally, listen up. Doppler Labs in 2015 began offering its first-ever set of Here Active ListeningTM earbuds to help users filter out specific frequencies and background noises — yes, even a wailing baby on an airplane and the annoying person whispering in the movie theater.

What favorite inventions and modern conveniences make your list?