Finding Success by Understanding whom You Care For 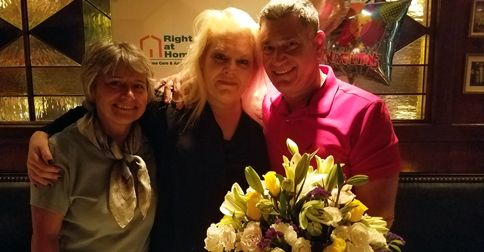 “My first Right at Home client was very special to me,” says Kim Schirrman, the Northeast Region winner of Right at Home’s 2017 Caregiver of the Year award. “She had high anxiety, and she was withdrawn and would not speak to anyone when I first met her.”

“I wrote things down on a notepad and communicated with her in writing because I knew she loved to read,” Schirrman continues. “I was spending five days a week with her at the time. Four or five weeks after I started, she finally broke her silence. It was the best feeling in the world to help her open up and become communicative again. I remember that she had a curio of angel figurines. She told me I was her special angel; that meant the world to me.”

Sandy Quartuccio, president of Right at Home North Shore Long Island and Eastern Queens, says Schirrman is truly a guardian angel for the elderly she takes care of. “There’s a strong connection between Kim and her clients,” says Quartuccio. “She is patient and spends a lot of time talking to and understanding the seniors. 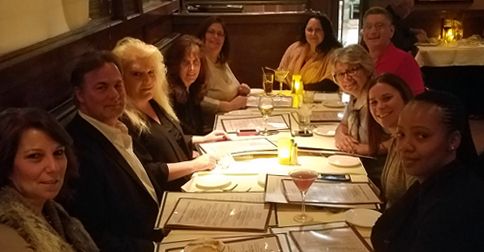 “I like talking to the elderly and encouraging them to share their memories,” says Schirrman. She once helped a client record his memoirs and passed the clips on to his children for the family’s keepsake.

Another elderly gentleman Schirrman worked with loved the outdoors and working with his hands, but he had a heart condition and dementia. Schirrman assisted him with gardening and watched birds with him. He was able to enjoy a lifestyle he had always loved.

The Making of a Guardian Angel

Schirrman started caregiving at a young age. When she was 11 years old, she began taking care of her nana who lived with her family. In 1993, Schirrman became a professional caregiver. She worked in the home care industry on and off for 16 years while raising her four children.

She joined Right at Home North Shore Long Island in 2009. Five years later, Schirrman received a sponsorship from the agency to obtain her Home Health Aide certification at the Christine Institute of Vocational Training. But she did not stop there. “Kim is constantly learning,” says Quartuccio.

The Right at Home office offers a hospice care program and partners with the Alzheimer’s Association to train its caregivers. Schirrman completed both courses, and took classes from the Visiting Nurse Association as well as the Visiting Nurse Service and Hospice of Suffolk to advance her skills. She is also an active member of the Huntington’s Disease Society of America.

“Eight close family members of my husband died from Huntington’s disease,” says Schirrman. “I saw what the disease did to them and decided to do what I can to support the victims. My daughter is the head coordinator for the Greater New York/New Jersey chapter of the Huntington’s Disease Society of America. I participate in their walks every year.”

When asked about her advice on caregiving, Schirrman says, “To me, the most important thing in caregiving is to understand the person you take care of. And when work becomes stressful, ask for help and give yourself some time off.”