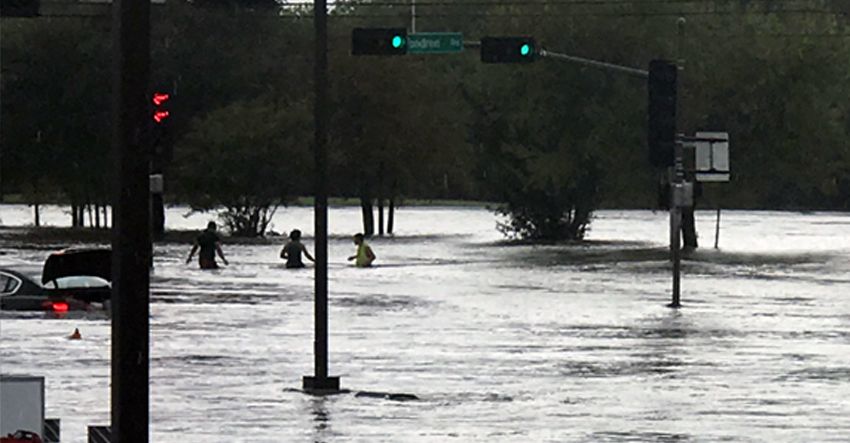 Texas has experienced 255 natural disasters since 1953. America’s second-largest state is prone to hurricanes, floods, tornadoes and fires. On the cusp of the one-year anniversary of Hurricane Harvey, which is now considered the nation’s worst rainstorm, I spoke with my peers in the Lone Star State about their experiences during the hurricane and how they helped some of the most vulnerable people—seniors—ride out the storm in their communities.

When Karen Martin, the office administrator of Right at Home Metro Houston, heard that a tropical storm—later known as Hurricane Harvey—in the Gulf of Mexico was projected to make landfall in Corpus Christi, Texas, she immediately contacted all caregivers on her team via email:

“Please call the office or email me if you want to be home with your families, or if you are willing to work and are OK with being with our clients during the storm.”

Kristen Carlson, the owner of Right at Home Galveston, did the same thing; she emailed all caregivers on her team, asking those who did not expect to be flooded in if they could let her know immediately if they were available to work any 24-hour shift that weekend. 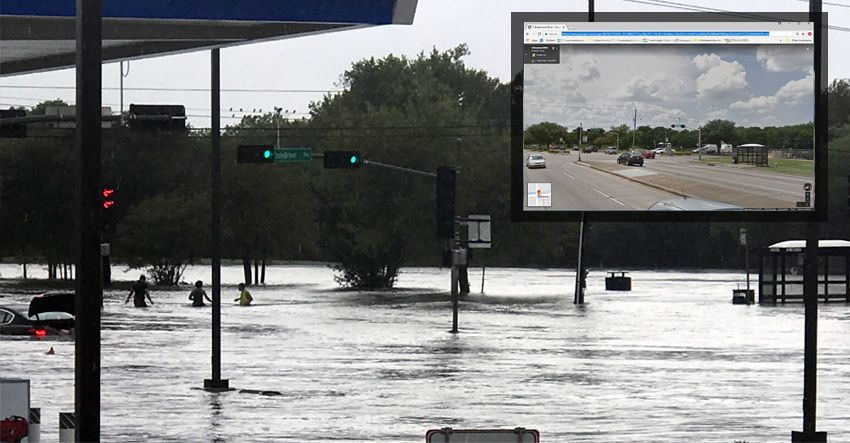 Both Right at Home offices activated their emergency preparedness programs, developed based on resources from the Federal Emergency Management Agency (FEMA). Martin and Carlson knew that their senior clients were too vulnerable to be home alone during a natural disaster.

After confirming the number of caregivers who could work during Hurricane Harvey, Martin proceeded to call clients and their families. She started calling clients whose files have a red label. “These clients are the ones with no one around—they are alone,” Martin explains. “We wanted to make sure they had water and someone watching over them during the disaster.” 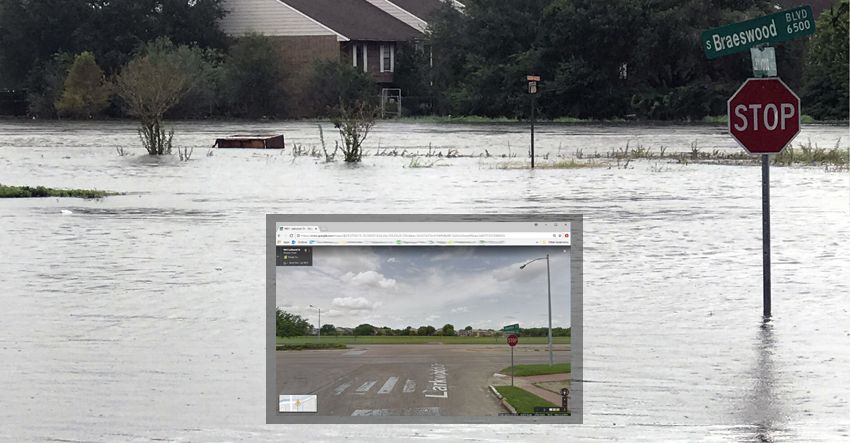 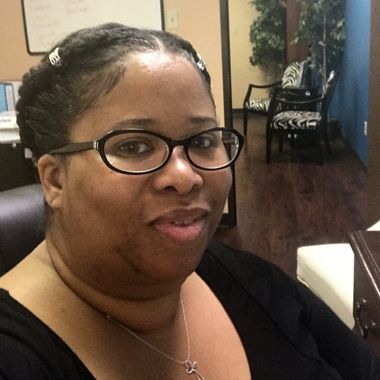 Martin says her office gives their clients’ files one of three color codes—green, yellow or red—to indicate if they have family nearby, reside in a facility, or live alone with no family in proximity.

“Then we moved on to the yellow-labeled files—these are the clients who live in facilities,” Martin continues. “Sometimes facilities are short-handed on staff, so we wanted to be sure our clients were covered there, as well. A lot of clients and their families were surprised when we called them to ask what their plans were for the disaster, because our plan was to not have anyone on their own without help.”

Caring for the elderly means more than following a customized care plan. “We want the families of clients to consider what steps we should take to care for their loved ones in case of an emergency,” Martin says. Her team asks families for an emergency plan once they sign on for service. 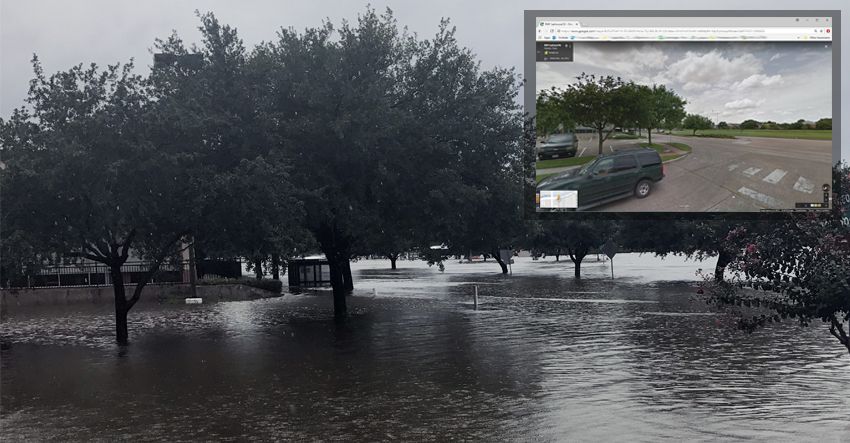 During the hurricane season, which begins in June and ends in November, Martin visits her clients every 90 days to bring them water and other supplies, and she updates their disaster preparedness status to see if they will need companions in case a storm hits. “I talked to a client who lives in an independent living facility,” Martin said. “The client said, ‘I live on the fifth floor. They (the facility’s staff) will take care of us. I will be OK.’ But she’s 96 years old, so I just wanted to check on her to be sure.”

Lori Anguiano from Right at Home Kingwood was among one of the caregivers who stayed with her client during Hurricane Harvey. “The crazy rains before the hurricane flooded some of the streets and made it difficult for me to get to work that day,” Anguiano recalls. 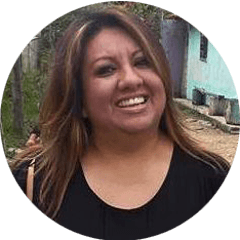 “My boss called and told me to turn around and stay out of harm’s way, but I was determined to make it to my client’s home to help her and her daughter.”
-Lori Anguiano

Anguiano’s client resides on the third floor of a facility, which was evacuated as the storm worsened. While waiting for the rescue boats to arrive, Anguiano packed as many supplies for her client as she could, even though she was told to bring along medication only. “I didn’t want to be difficult, but I needed to make sure that my client would be as comfortable as possible no matter where we ended up,” Anguiano said. She also assisted other seniors at the care facility with boarding the boats to evacuate.

For days during the storm, many Houston residents were forced to remain indoors. Margie Tolson remembered the week she spent at the house of her client with a “just in case” overnight bag she packed before the morning Harvey hit.

Tolson volunteered to care for a client who suffers from aphasia. “I coordinated with my client’s son and made sure to double up on all of the supplies and products we would need in case of an emergency,” Tolson says. “And thank goodness I did! It was a little scary. You couldn’t see a thing out the window. There was so much water—not sheets of water, but a blanket of water, for days.” 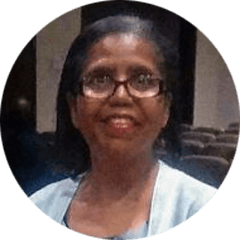 “It was a little scary, but my main thought was figuring out how to prepare for the worst not for me, but for Gary”
-Margie Tolson

But riding out a major storm takes more than keeping an ample supply of food, water and medicine. As extreme weather conditions made it impossible for people to see what was going on outside, TV news footage caused stress and anxiety in many of them. Caregivers like Charlotte Wimmer and Beverly Hughes therefore set their priorities on keeping their clients calm besides attending to their care needs. 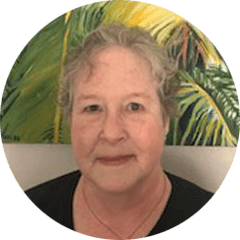 “The most surreal and memorable part of the whole experience was watching a helicopter land in a neighbor’s yard during a lull in the storm, presumably medevac’ing someone to safety.”
-Charlotte Wimmer

There are also caregivers like Gloria Blakes and Vickie Doyle, who became the family of their clients when the “real families” could not be there for their loved ones. Blakes and Doyle both provide care for a client who has early-stage Alzheimer’s disease. During the storm, they spent three days taking turns to provide for the client around the clock. 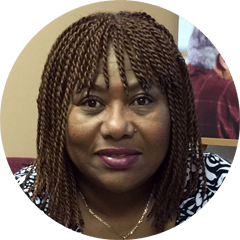 “It’s a gift from God to be able to serve people in this capacity. It’s a real calling. You have to have true compassion, because it’s not about the money.”
-Vickie Doyle

READ MORE: Caregiving in the Time of Hurricane Harvey

“We were sort of barricaded in there,” says Doyle. “Since family members couldn’t get there, we were trusted to care for their loved one during the storm.” Blakes and Doyle made an extra effort to prevent their client from feeling abandoned by family during the crisis. “It could have been confusing and devastating to her if she were alone,” Blakes adds.

Pitching in to Care for Hurricane Harvey Victims

At 9 a.m. on August 29, 2017, Angel Benavides received a text message from her supervisor, Karen Martin, asking if anyone would be able to help at the George R. Brown (GRB) Convention Center, which became a temporary shelter during the storm. Knowing that her family was safe, Benavides answered the text immediately and drove her large truck through flooded roads to reach downtown Houston.

Benavides was the first and only Right at Home Metro Houston caregiver who made it to the GRB Convention Center that day.

Families and seniors continued to stream into the convention center in soaking-wet clothes throughout the day. “The doctors were moving full-steam ahead with no time to consider the modesty or comfort of patients,” Benavides says. “Nursing home patients were sitting on cots in wet clothes.” She took action immediately and created an impromptu area for incontinence care.

“I asked nurses and volunteers to hold up sheets so people could be changed in privacy until the Navy arrived with privacy screens for us to use,” Benavides continues. “By the second day, we had organized the situation and were able to make people comfortable and get them the supplies they needed.” She went on to volunteer at the GRB Convention Center another three or four days, putting in eight to nine hours each time. 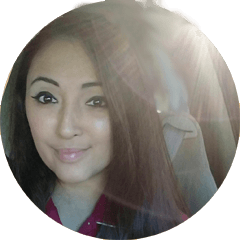 “On my second day, I saw a patient I had spoken with previously sitting on her cot and crying,” Angel recalls. “I asked if she was OK, and she said that she felt so blessed to be alive she had lost everything in the hurricane except her life. She was so grateful not to have drowned in her home. And in that moment, I was so thankful that I could be there to help her and all the others who were suffering in that moment”
-Angel Benavides

Northeast of Houston, the cities of Humble and Kingwood were devastated by the decision of the San Jacinto River Authority to release water from Lake Conroe after midnight on August 28, 2017. An estimated 4,000 homes were flooded in the Kingwood area. Jim Royal, owner of the Right at Home Kingwood office, recalled the heartbreak from seeing damage wrought by the flood. 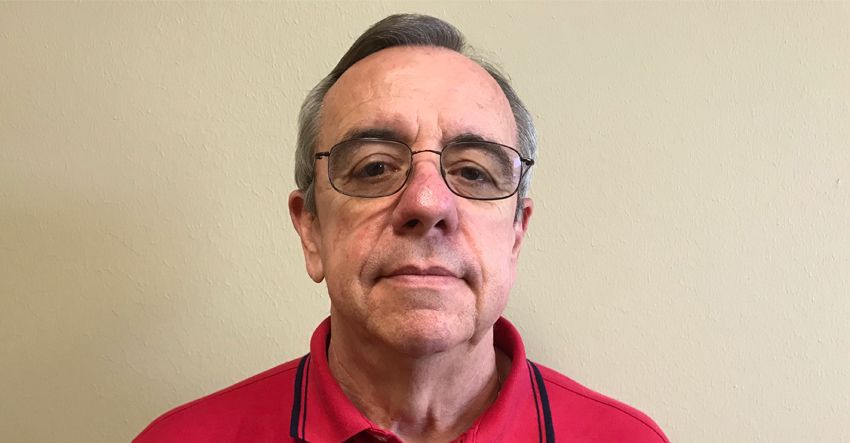 “We were fortunate that our home and office were not in the flooded areas, but many of our friends, employees and church members were among those suffering losses from the water,” Royal says. As his wife dedicated her time to running the Right at Home office after the storm, Royal joined the voluntary team organized by his church—Second Baptist Church in Kingwood, Texas—to help salvage the homes in the affected area.

“We removed furniture and other belongings and tore out carpet, flooring, sheet rock and cabinets, working every day for 12 days,” Royal recalls. “On some days, our crew was able to complete two houses. It was a huge blessing to see the outpouring of love from the whole community to their neighbors. Houston responded with open hearts and open arms. I feel blessed to contribute to rebuilding our community.”