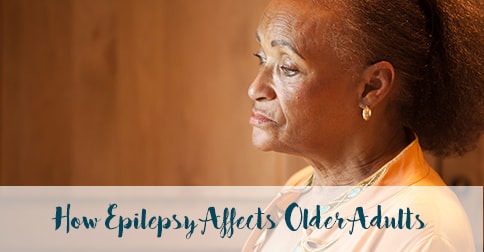 Epilepsy is a neurological condition in which abnormal signals are sent between brain nerve cells, causing unusual body behaviors known as seizures. An estimated 65 million people worldwide and 3 million in the United States experience epilepsy. The daughter of actor Harrison Ford has epilepsy, and he advocates for gaining information about the disorder and treatments. “I’m really aware of what a devastating affliction it can be,” says Ford, who turned 75 today. “It not only affects the person who suffers from epilepsy, but it affects their entire family.”

A number of other well-known people had epilepsy during their lifetime or have the condition now, including Charles Dickens, Theodore Roosevelt, Neil Young, Florence Griffith Joyner, Prince, Susan Boyle and Lil’ Wayne. Although epileptic seizures are disruptive, these accomplished individuals have demonstrated that epilepsy does not need to control one’s life.

An epilepsy diagnosis is given when a person has two separate seizures at least 24 hours apart and the seizures do not stem from another known medical condition. For approximately 60 percent of epilepsy patients, there is no discernable reason for the seizures. Seizures occur more frequently with age, and the Centers for Disease Control and Prevention reports that 1 percent of Americans age 65 and older, or about 447,000 people, experience active epilepsy.

In older adults, seizures are harder to detect because they can cause confusion, memory problems, sensory changes or dizziness, which are often signs of other illnesses such as dementia and cardiovascular issues. Seizures are grouped into classifications based on muscle movement symptoms, such as muscle rigidity and twitching, and non-motor symptoms, such as staring spells and goose bumps. Head injury, brain tumor and stroke are often tied to initial epileptic seizures in senior adults.
Challenges of epilepsy in the elderly include:


Seizures are often diagnosed based on the symptoms a family member or another person has observed. To help a medical professional diagnose and treat epilepsy, it is beneficial if a loved one writes down observations or records an actual seizure in progress. It can be life-saving for family members to know first aid steps for seizures. To minimize the frequency of symptoms, encourage older adults to seek treatment as soon as possible and take medications as directed. Over time, some patients experience complete relief from symptoms.

If you have a story about your experience with epilepsy, please share it with us, so together, we can help others.