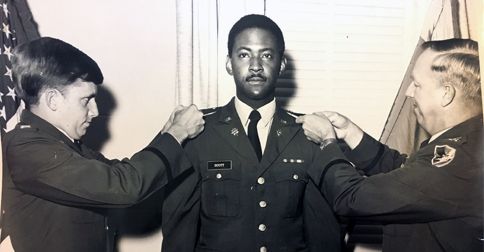 Black History Month: How the Kindness of Strangers Changed One Man’s Life 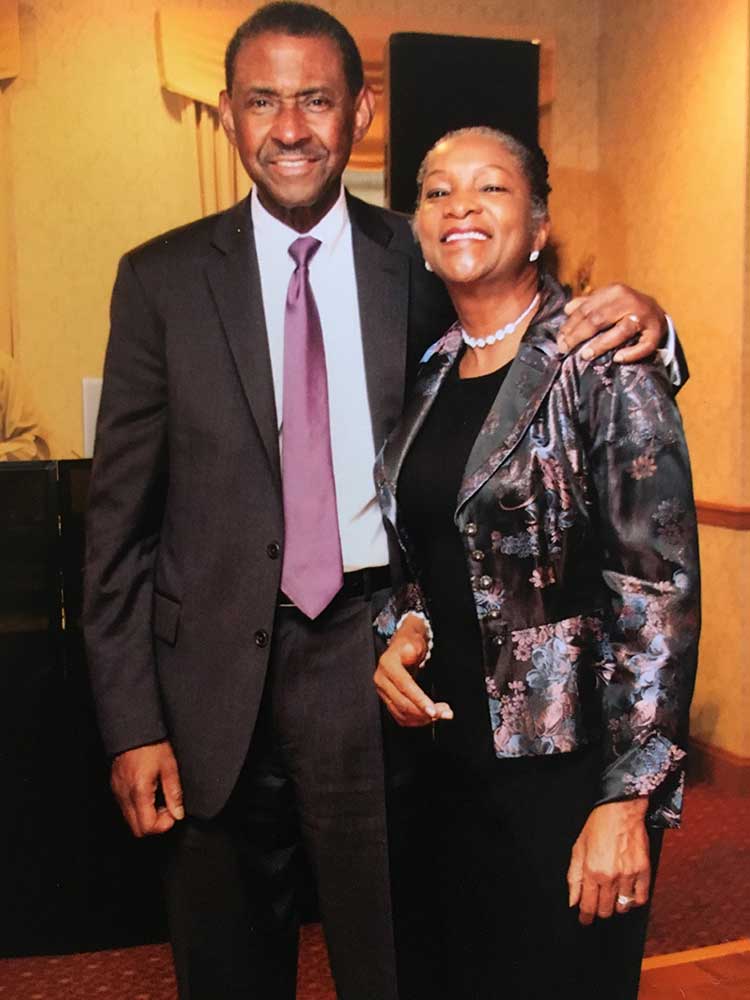 The 1954 U.S. Supreme Court case Brown v. Board of Education was supposed to end segregation in public schools once and for all. But in Prince Edward County, Virginia, the local Commission on Public Education launched a “massive resistance” to the Supreme Court’s decision by shutting down the public school system in 1959.

The Path From Prince Edward County to Harvard Business School 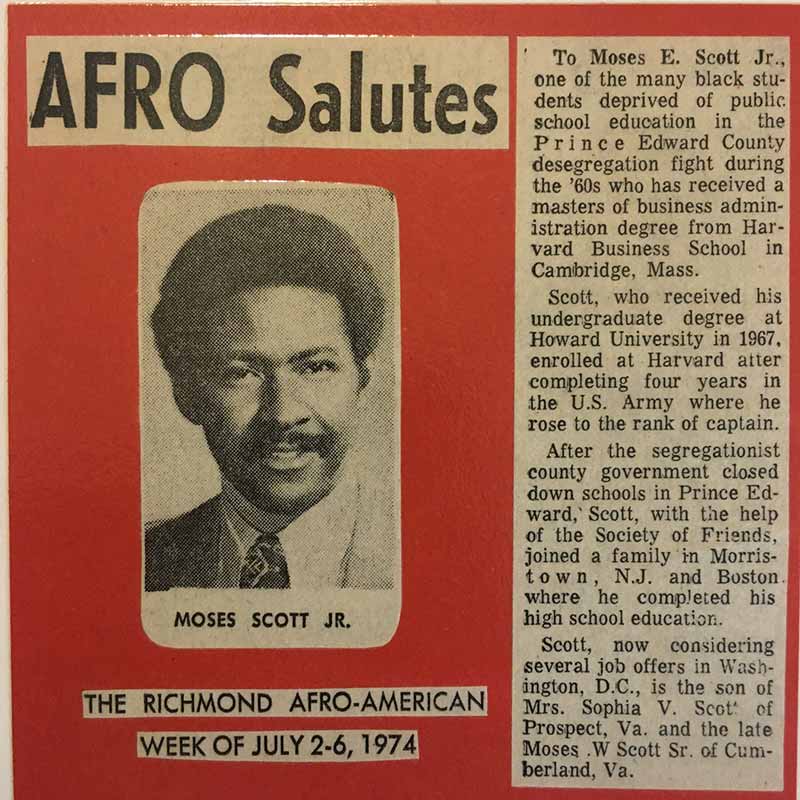 In 1960, the Quaker organization American Friends Service Committee (AFSC) visited Farmville, Virginia, and held a meeting in town. Scott’s mother attended the meeting. Upon return, she asked her son, who had been out of school for a year at the time, “Moses, they (the Quakers) have found families across the United States who would keep kids so they can finish high school. Do you want to go?” Scott replied without hesitation, “Yes, ma’am.”

Scott’s family lived in a farming community. He had never been out of town, or in another city. “Most families wouldn’t ask their kids if they wanted to go (away to school) because the kids were needed at home to work,” said Scott. “The fact that my mom asked me what I wanted to do said tons about where her values were.”

Scott and six other children got on a Greyhound bus in summer that year, traveling to New Jersey via Philadelphia. Scott stayed in Mrs. Morgan’s home in Moorestown, New Jersey, to finish 10th grade, and then boarded at Mrs. Williams’ home, a retired teacher, to finish 11th grade. He was relocated to Newton, Massachusetts, after that to live with Dr. Penzer’s Jewish family and attend Newton High School to complete his high school education.

“Years later, I applied to Harvard Business School, (and responding) to the question ‘what’s the biggest accomplishment in your life?’ I answered ‘finishing high school,’” said Scott. “My whole family from Virginia came to celebrate my high school graduation. That was big for my mom. I was blessed.”

All of the “Quaker kids” did well. Scott went to Howard University after high school. He was drafted and enrolled in Officer Candidate School in 1968. He spent three of his four-and-a-half-year service with the military as a computer programmer, and was discharged with the rank of Captain. He attended Harvard Business School after the service, then graduated again in 1974 with an M.B.A.

“From this experience, I learned that regardless of race, creed or nationality, there are people of good will who accepted you on the basis of merits rather than the color of your skin,” said Scott. “It also taught me that there are some incredibly wonderful people dedicated to helping others overcome obstacles and realize their full potential. There are no words to do justice to what AFSC and those families did for us, except to say thank you.”

A Disease That Doesn’t Discriminate

Scott began his career with IBM in Boston after graduating from Harvard. Then he spent close to three decades working at AT&T in New Jersey. His mother continued to reside in Richmond, Virginia, living with his sister’s family. She was diagnosed with Alzheimer’s disease in 1993.

Before the diagnosis, Scott noticed that his mom had increasing difficulty keeping up a conversation over the phone. During his visits, he would observe things that his mom never did before. Scott’s sister was the primary caregiver for their mom. The family also hired a wonderful caregiver named Patty to help Mrs. Scott during the day.

The senior Mrs. Scott lived with her daughter until she eventually had to move into a nursing home during her final years. When Scott visited his mom from time to time, his sister would ask, “Mom, do you know who’s here?” and Mrs. Scott would answer, “Moses.” “You don’t know how much that meant to me. That’s my big joy,” said Scott.

His mother passed away in 2003. Scott remembers his mom as a very passionate woman. “She didn’t have much money, but she would buy gifts for other people,” Scott said. “Maybe some of that rubbed off on us. She played a great role in inspiring me to give back. People who helped me get through high school inspired me too. I hope that I can be doing something for others.”

Dr. Penzer and the Scott family.

The thought of giving back resulted in Scott’s decision to change his career and start a home care agency—Right at Home—in Essex County, New Jersey. “The first case I had was at the memory care center Arden Courts, which is about a mile from my office,” said Scott. “I go up there at least three or four times a week to shake hands and just smile at everybody. It’s the way to get my day started. I enjoy it, and I am pumped for the day after that.”

Scott embraces the mission to assist the elderly in his community. As aging does not discriminate, Scott dedicates himself to bringing equality and further advancing care to improve the quality of lives of people in their golden years.