Much like firefighters and police officers, nurses dedicate themselves to a life of service. Nurses are typically a link between doctors and patients, providing knowledge and support. Oftentimes, nurses interact with patients and their families more closely than doctors. The nurse-patient relationship has a great impact on the care quality and well-being of a patient.

As the aging population grows and boomers retire, the U.S. Bureau of Labor Statistics estimates the nursing shortage will intensify. The demand for caring, compassionate nurses is on the rise nationwide. We spoke to three individuals from Waco, Texas, who are at different stages of their nursing careers about their motivations and aspirations.

Passion for Nursing Is a Family Affair 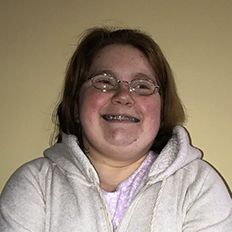 “I like caring for others, but mostly my motivation has been making my grandmother proud,” says Elizabeth Moyer. The 29-year-old has nursing in her blood. Her grandmother and both of her great aunts are registered nurses (RNs), and she chose to go into nursing to follow in their footsteps.

Moyer is working toward becoming a licensed vocational nurse but would like to continue her education to earn a Bachelor of Science in nursing, which is also an RN degree.

In 2017, Moyer took the first step in achieving her goal—she became a certified nursing assistant to learn the basics needed to become an RN. She also began working as a caregiver for Right at Home Central Texas, taking the advantage of a flexible work schedule to pursue education in a field she loves.

Now that she is a year and a half into her degree program, Moyer has a positive outlook on her future. She said, “I think my grandmother will be very proud when I finally graduate. There are so many possibilities as an RN; it’s the best profession you can get into.”

After being a military wife and mom for years, Robin Paredez was inspired to enlist herself, joining the Army in 2010. Once there, she became a certified EMT, working to help injured soldiers in combat. Paradez loved her job, but in the seven years she served, she became hardened by the trauma of war.

“My transition back to civilian life was very difficult,” Paredez recalls. “The lack of structure really scared me, and I had to teach myself how to soften up again. I wanted to still care for people but wasn’t sure what I could do with my skillset, and I really didn’t want to work on an ambulance.”

Eventually Paredez met Jon Searles, owner of Right at Home Central Texas, and started working as a caregiver for Right at Home in January 2018. The job gave Paredez the ability to build close relationships with her clients, which she describes as being the best part of the caregiving experience.

In January 2019, Paredez started her first day of nursing school at the age of 43.

“Everyone always has told me that I’d be a great nurse,” Paredez says. “I’ve been toying with the idea of becoming a nurse for a long time, but fear and self-doubt have held me back. So starting nursing school is a longtime dream coming true!”

As she continues working toward her dream of becoming a nurse, Paredez is hoping it will eventually lead to working with veterans one day. “I’ve been exposed to a lot and I’d love to work as a psych nurse, hopefully at the U.S. Department of Veterans Affairs,” she says. “I learned a lot about people and trauma during my time in the service, and I think I would be able to help.”

Discovering Nursing as a Second Career

Carol King spent the first half of her adult life as a stay-at-home mom to her three kids, all of whom she home-schooled. After getting divorced, she took an aptitude test at her local community college and was matched with nursing.

“I had always taken care of family members and neighbors, but I had never dreamed about becoming a professional nurse,” says King. “But I qualified for a Pell grant and put myself through school. I worked three different jobs to pay for everything! It’s one of the best things I’ve ever done for myself.”

After graduating from nursing school in her 40s, King worked everywhere—from the surgical ICU at a hospital, to a nursing home, to a public health nurse for the government. She worked hard, making up for lost time and then some. Unfortunately, she fell ill with a virus that affected her heart in 2016, making her unable to work. Her road to recovery was difficult, but she was determined to work again once she had healed.

In 2016, King was hired as a caregiver for Right at Home, which allowed her to slowly get herself back into the swing of things as her body continued to recover from the virus. Today, she works as a salaried RN for Right at Home, making in-home visits to clients several times a week to take their vital signs and refill their medications.

“I really love it so much,” says King. At 62, she is not thinking about retiring any time soon. “I even go to help people on my days off—it doesn’t feel like work! You can learn so much from older people. I love their stories and their friendship. I’m very lucky.”