Older Americans Who Changed Our County 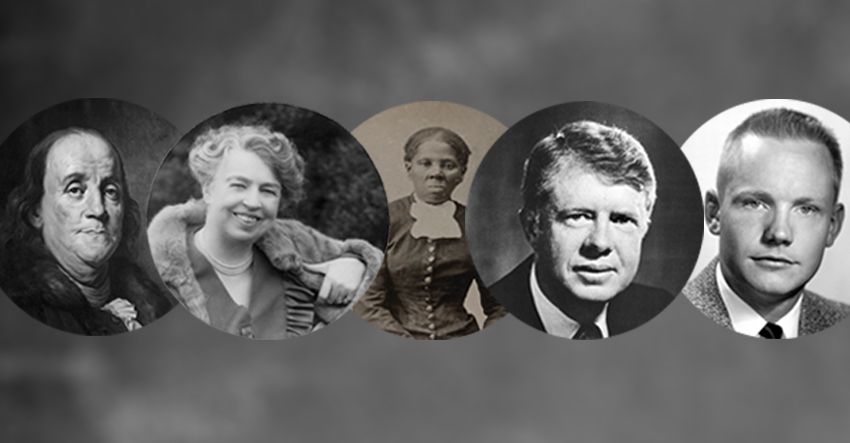 In celebrating America’s freedom, many older citizens deserve credit for strengthening our nation as the land of the free and the home of the brave. Here are five notable Americans who, as they aged, never stopped serving their fellow countrymen.

If you use electricity, visit the library or wear bifocals, you can thank Benjamin Franklin. A Boston native who became a successful printer and newspaper publisher in Philadelphia, Franklin created an indelible legacy through his scientific investigations and international diplomacy.

As a representative of the Pennsylvania Assembly, Franklin was sent to England in 1757 to serve as the colony’s agent. One of the five Founding Fathers of the Declaration of Independence in 1776, Franklin negotiated in his late seventies the 1783 Treaty of Paris, helping end the Revolutionary War. At age 81, Franklin was elected as the oldest delegate to the Constitutional Convention, which hammered out and ratified the new U.S. Constitution. Franklin died at age 84, and his estate continued his generous service by funding schools, museums and scholarships.

Born into a slave family in Maryland, Harriet Tubman endured harsh brutality as a field hand, but dreamed of more. After fleeing her indentured life in 1849, Tubman devised more than a dozen treacherous journeys back to the South to emancipate other slaves. Hounded by bounty hunters, Tubman led her family and hundreds of slaves to freedom, becoming a “conductor” of the Underground Railroad, a network of antislavery advocates and safe houses.

During the Civil War, Tubman served the Union government as a scout, spy and nurse. Later in her life, she turned her Auburn, New York, residence into the Home for Indigent and Aged Negroes and was a leader of women’s suffrage. A portrait of Tubman is slated to replace Andrew Jackson on the U.S. $20 bill.

A niece of President Theodore Roosevelt, Eleanor Roosevelt in 1905 married her distant cousin Franklin D. Roosevelt, who became the 32nd U.S. president. She was a mother of six children and one of the most involved first ladies in history. The outspoken Roosevelt championed children’s causes, racial justice and America’s poor.

After her husband’s death in 1945, Roosevelt was appointed by President Harry Truman as a delegate to the United Nations where she chaired the Human Rights Commission and served until 1953. President John F. Kennedy reappointed Roosevelt as a U.N. delegate, and later appointed her as an advisor to the Peace Corps and as chair of the President’s Commission on the Status of Women. The resolute humanitarian also authored several books before dying at age 78.

Becoming a licensed pilot on this 16th birthday, Neil Armstrong stretched his wings to serve as a Korean War fighter pilot before earning his master’s degree in aerospace engineering and becoming a civilian research pilot for the U.S. federal agency that transitioned into the National Aeronautics and Space Administration (NASA).

Joining the second group of America’s astronauts in 1962, Armstrong stepped into world history on July 20, 1969, as the first man to walk on the moon. Heralded for his part in pioneering human exploration of the universe, Armstrong in retirement served on the National Commission on Space to help steer the goals of the space program. In 1986, he was appointed by presidential commission to help analyze the safety failures of the Challenger space shuttle disaster. Armstrong received numerous special awards from 17 countries for his career and volunteer service and died in 2012 at age 82.

Raised on a peanut farm near Plains, Georgia, Jimmy Carter served with the U.S. Navy before returning to the family business. In 1962, Carter won a seat in the Georgia Senate. He was elected governor of Georgia in 1970 and advocated for civil rights and pushed for an end to segregation. In 1977, Carter became America’s 39th president and was noted for his foreign policy and domestic energy policy.

Nearing age 60, he became a distinguished professor at Emory University and founded The Carter Center to address global public policy. President Carter and the center have negotiated for conflict resolution around the world including in Bosnia, Ethiopia, Liberia, Haiti and the Middle East.

President Carter and his wife, Rosalyn, have regularly volunteered to help renovate and build houses through Habitat for Humanity. In December 2002, the former president was awarded a Nobel Peace Prize. The author of nearly 30 books has not let his 2015 cancer diagnosis or being in his nineties slow him from advancing international peace, democracy and human rights.

What legacy would you like to build in your later years?