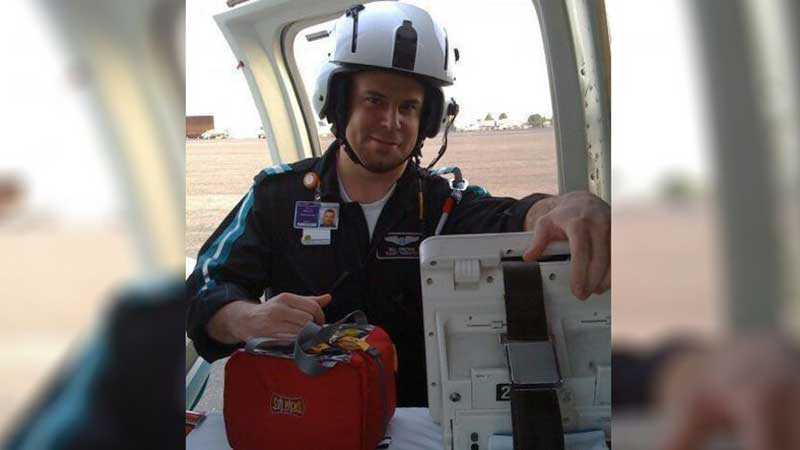 Bill Osborne joined the Marine Corps Reserves to put himself through school for respiratory therapy while training for a potential deployment. Shortly after graduation, Osborne was selected for an internship as a Respiratory Therapist at Duke University Hospital, working mostly with patients who were recovering from heart and lung transplants. After a deployment to Fallujah, Iraq, in 2005, Osborne resumed his work as a Respiratory Therapist with the hospital and enrolled in East Carolina University, where he received a Bachelor of Science in health services management. 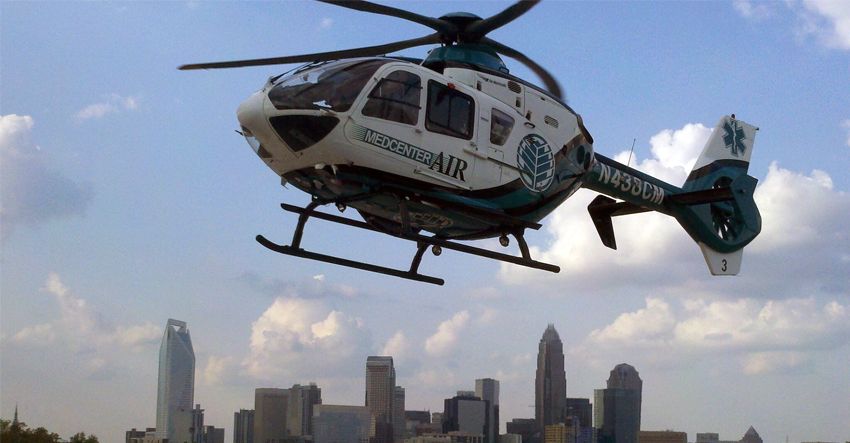 In 2008, Osborne joined Carolinas HeathCare System’s (recently renamed Atrium Health) MedCenter Air as a Flight Respiratory Therapist. During that time, Osborne saw some pretty horrific injuries and credits his training in the military for helping him keep his cool. After eight years in the air, Osborne was finally grounded when he and his wife decided to open a Right at Home in Belmont, North Carolina, and put his health services management degree to good use.

“Many people don’t realize how crucial respiratory health is when it comes to aging well,” says Osborne. “But keeping your lungs healthy can improve your quality of life and help you live longer.” To better serve seniors in his community, Osborne maintains his credentials as a Registered Respiratory Therapist, an Adult Critical Care Specialist, and an EMT.

There are four major types of chronic health issues that can affect your lungs as you age:

Osborne recommends remaining compliant with a medication regimen that has been prescribed for any of the above ailments, and to always call 911 if there is any trouble breathing. Because the longer one waits to seek help, the harder it can be to recover.

Prevention and Improvements for Respiratory Health

1. Don’t smoke, or stop smoking ASAP. “The Centers for Disease Control and Prevention (CDC) has found that cigarettes are the leading cause of preventable death in the United States,” says Osborne. “It’s never too late to stop smoking. It won’t reverse the damage that has been done, but it can greatly slow the negative effects.”

2. Get screened regularly. “In addition to an annual physical, ask to have a breathing test prescribed, especially if you are a smoker,” Osborne tells us. “The results may suggest treatment is needed or lifestyle changes are necessary to help prevent heart attack, stroke or lung cancer.”

3. Develop a regular exercise routine. “Exercise can help reduce or minimize muscle atrophy in the chest. In other words, working out allows the lungs to open more fully.” Osborne also recommends doing deep breathing exercises to ensure that the alveoli (air cells of the lungs) stay strong and healthy, which can help ward off pneumonia.

4. Be aware of pollutants that can make you sick. Osborne suggests keeping the home clear of cigarette smoke and dust, as well as avoiding artificial air fresheners and candles, which can irritate the lungs. “Keeping the home clean is essential, especially from pet dander,” says Osborne. “Use natural cleaning products, and make sure there’s good ventilation in bathrooms and kitchens when cleaning.”

5. Wash your hands regularly. Washing your hands has been proven to be one of the most effective methods to prevent the spread of bacteria and viruses, and can help prevent respiratory infections.

7. Stay up to date on vaccines. From seasonal flu vaccines to a vaccine for pneumonia, everyone over the age of 65 could benefit from keeping up with their shots.

Osborne wants seniors to know that it’s important to seek help when they need it, as it can sometimes mean the difference between life and death. “Don’t let the little things go,” Osborne says. “Being proactive about your health can prolong your life.”