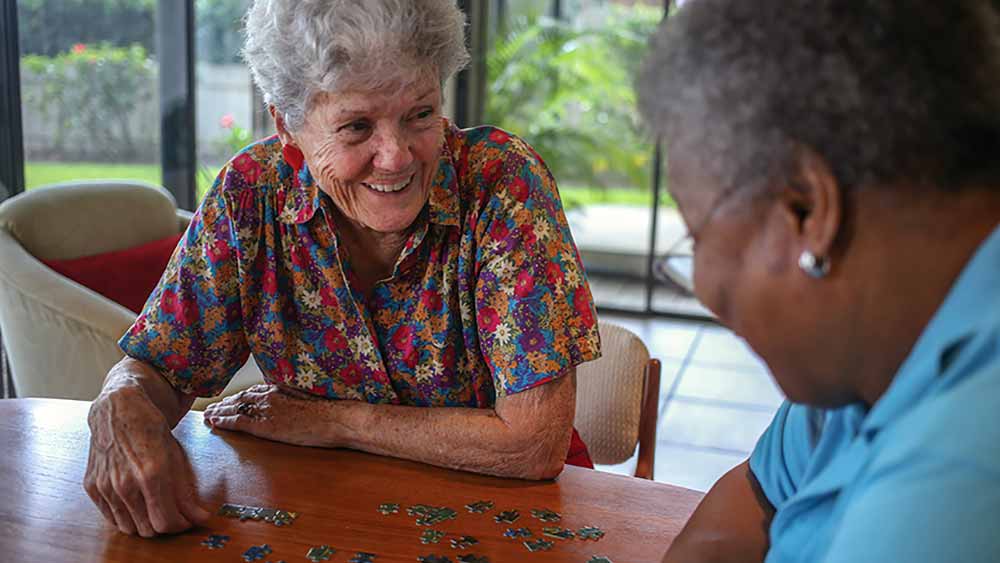 As fans of the Netflix show “Grace and Frankie” can attest, there is something really delightful (and entertaining) about having a roommate in retirement. The show, which stars Jane Fonda as the strait-laced Grace and Lily Tomlin as the space cadet Frankie, highlights the joys and challenges of aging in place with a friend. Although the show is scripted and not a documentary, it touches on a burgeoning trend for seniors: living with roommates as you age.

It’s no wonder, of course, because there are a variety of financial, mental and physical benefits to living like Grace and Frankie, including:

Sharing the Cost of Living

When you live on your own, you absorb all the expenses that come with it, such as maintenance, rent, food and utilities. This can become especially challenging in parts of the country where the cost of living has risen exponentially in recent years. And with many boomers feeling unprepared for retirement, finding ways to save money as they age just makes good financial sense. Researchers at Stanford University found that baby boomers have about 20% less in savings and 100% more debt than the generation before them. By sharing the cost of living with a roommate, seniors are able to feel less anxiety about outliving their savings.

According to the Centers for Disease Control and Prevention, a third of Americans over the age of 45 are lonely, and a quarter over the age of 65 are socially isolated. Loneliness and isolation, while often associated with sad emotions, also have the ability to negatively impact physical health. Loneliness and isolation have been linked to a high risk of premature death, an increased risk of dementia, increased risk of heart attack or stroke, and “higher rates of depression, anxiety and suicide.” Many boomer women adopting this roommate trend are widowed, divorced, or have never been married, so having the option to share a living space with a roommate has the added benefit of friendship and social engagement.

Loneliness and a natural decline in appetite that comes with age can have a negative effect on senior nutrition. Eating well-balanced meals is an integral part of healthy aging, and that can often be much easier to do with a friend or roommate. In addition to the physical health benefits of cooking healthy meals at home, it has added mental health benefits like reducing stress and increasing happiness. Sharing meals together also fosters conversation and connection, which help combat age-related cognitive decline.

When living alone, it can become easy to overlook your health needs. But living with a roommate can encourage you to stay more proactive about your health. From having an exercise partner to a potential travel buddy, living with a roommate can push you to remain more active. Some seniors are even testing out the idea of intergenerational home sharing, which not only can provide a gateway to a more active lifestyle, but also can bridge the generational gap that exists within our society now.