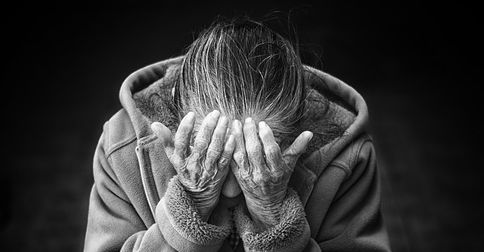 When people envision a bully, they think about a young kid or adolescent picking on someone smaller than them. What happens when an adult becomes the victim of bullying?

Bullying in retirement communities and assisted living communities is making news in recent years. While much of the bullying behavior is often associated with physical aggression, it can also entail psychological or social aggression.

The Rise of Senior Bullies

The American Psychological Association defines bullying as “a form of aggressive behavior in which someone intentionally and repeatedly causes another person injury or discomfort. Bullying can take the form of physical contact, words or more subtle actions.”

In many senior communities, bullying appears in words and actions. “Many people can have trouble with the transition into senior living,” says Beth Sholom, who runs an informational program to educate people in retirement communities about the issue of senior bullying. “Their loss of independence can make them feel powerless. Acting out by bullying others is an admittedly unhealthy way of trying to feel more in control of what is happening in their lives.”

“Senior bullies typically try to control the entire environment,” says Sholom. “They’ll turn a public space into their own area, sort of like claiming their turf.”

The Impact of Senior Bullying

Social isolation can be devastating to a person’s health. The report states, “Older adults who do not have a healthy network suffer from depression, and they are at a higher risk of cognitive deterioration. Moreover, men are at a higher risk of committing suicide. Older adults change their behavioral habits by smoking, drinking and increasing their unhealthy eating habits.”

It has been estimated that roughly 10 to 20 percent of seniors experience bullying. Bullying, at any age, can affect a person’s self-esteem and lead to depression and/or anxiety. For those who become victims of bullying, the impact can be detrimental to their psychological and physical health.

Interventions are necessary to minimize bullying among seniors. Sholom said that her goal of running a workshop in retirement communities is to empower seniors from falling victim to the bad behavior.

Although some people are unable to help it, such as dementia patients and the elderly living with age-related depression, encouraging staff to intervene could help improve not only the bully’s behavior, but also identify a health issue that might be at the root of the problem.

“The bottom line is that the facility definitely needs to take control of the situation,” says Sholom. “They should address the underlying cause behind why the bully is acting that way and determine whether the bully needs to see a counselor or seek medical attention.”

Sholom is the owner of Right at Home in Middlesex and northern Monmouth counties, New Jersey. She and her teammate, Aileen Hollander, advocate for the well-being of seniors in the community.