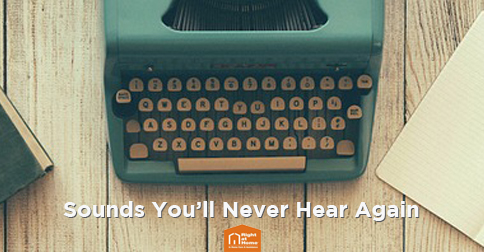 Time rolls on and takes with it certain sounds of each generation. For those in America’s pioneer days, common sounds included covered wagons rolling over the terrain. Fast forward a few decades and Model A cars projected familiar tones. For today’s baby boomers and older seniors, time has faded a number of everyday noises and tones.

Right at Home invites you down an auditory lane to the commonplace sounds of growing up in America before the 1980s. Here are a few nostalgic intonations from yesteryear that may be music to the ears:

Considering all of the modern, take-anywhere conveniences of smartphones, computer tablets, digital surfing and earbuds, perhaps the greatest sound of days gone by is simply this: silence.

What sounds do you miss from your growing-up days?