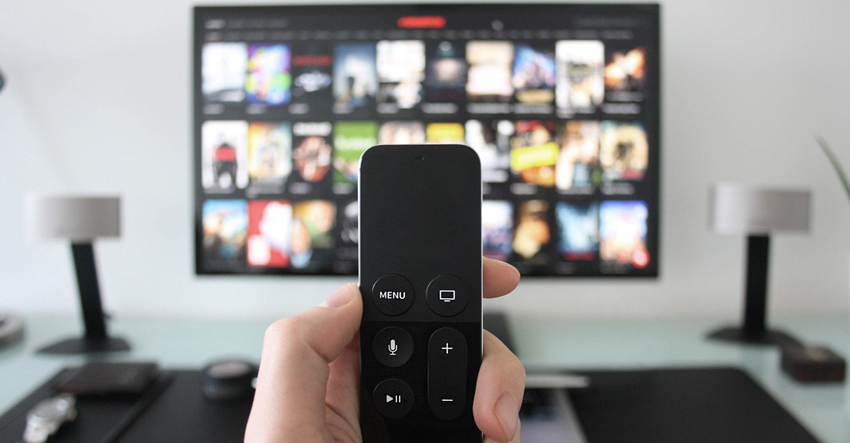 The holidays are a time for family, presents, indulgent food and, of course, movies! After all, what’s a better way to spend a snowy December afternoon or evening than snuggled up with your family on the couch watching holiday movies?

Perhaps you already have a family tradition of watching the same movie during the holidays every year, but if you don’t, or if you are looking to change things up this year, consider these wonderful holiday movies that are now streaming on Netflix, Hulu and Amazon Prime Video.

This Steven Spielberg-produced animated film may have debuted in 1986, but it’s still relevant and enjoyable for families today. It tells the story of an immigrant mouse named Fivel who has to flee his home country of Ukraine to escape persecution. When the movie begins, Fivel and his family are celebrating Hanukkah, the Jewish festival of lights. As they make their way to America, Fivel gets separated from his family, and the movie follows his journey to reunite with them.

"How the Grinch Stole Christmas"

While the third iteration of this Dr. Seuss classic is currently in theatres (and worth the trip!), the live-action version from 2000 is available on Netflix. Starring Jim Carrey as the grumpy Grinch and directed by Ron Howard, it’s fun to see the world of Dr. Seuss come alive—from the great acting, to the creative wardrobe and makeup, to the dazzling set design. This movie is guaranteed fun for the whole family!

A fun Christmas comedy, “The Christmas Chronicles” is a new Netflix film starring Kurt Russell as Santa Claus. After accidentally crashing Santa’s sleigh, a brother and sister have to pull an all-nighter to save Christmas with a funny, savvy Santa.

This romantic Christmas drama directed by Jason Priestly follows a privileged woman on a mission to change her frivolous spending habits. In the process, she comes across a letter from a young girl asking Santa to send a new wife to her widowed father for Christmas, and the woman tries to make the Christmas wish come true.

"The Nightmare Before Christmas"

Added to the Hulu docket in early October for Halloween, this animated Tim Burton film covers a variety of holidays, including Christmas. When Jack Skellington, King of Halloween Town, discovers Christmas Town, he sets out on a mission to bring Christmas to his spooky friends. It’s a fun twist on a Christmas story that the whole family can enjoy.

"The Secret of the Nutcracker"

A new take on the famous Christmas ballet, “The Nutcracker,” this movie follows 12-year-old Clara on a magical Christmas Eve journey to find her father in a World War II POW camp.

A classic and beautiful story, this remake of the 1947 film of the same name is about a little girl who helps others believe there is a real Santa Claus. The little girl, played by a young Mara Wilson, does a fabulous job acting alongside heavy hitters Richard Attenborough, Dylan McDermott and Elizabeth Perkins.

Based on the comic strip “Peanuts” by Charles M. Schulz, this animated Christmas film follows the Peanuts crew—Charlie Brown, Linus, Lucy, Schroeder, Sally and Snoopy—through the production of a Christmas play directed by Charlie Brown. This is a great Christmas movie for families with young children.

"Christmas With the Kranks"

This family film starring Jamie Lee Curtis, Tim Allen and Dan Aykroyd is based on the 2001 John Grisham novel “Skipping Christmas.” When a couple (Curtis and Allen) decide to skip Christmas because their daughter is away, they face objections from friends and neighbors but ultimately give in to keeping Christmas when their daughter unexpectedly returns from her trip.

A classic Christmas comedy, “A Christmas Story” is narrated by an adult Ralphie Parker reminiscing about a dysfunctional family Christmas from his childhood. This movie almost seems like a prerequisite for the holidays, and is a must-watch if you haven’t yet seen it!

No matter which film you choose this holiday season, enjoy spending quality time with your family. And if you watch any of the above this month, leave a comment to let us know how you would review it!