The History Behind National Grandparents Day

Published By Katrina Markel on September 05, 2019

When President Jimmy Carter signed a proclamation establishing National Grandparents Day in 1978, it was a hard-won achievement for aging advocate Marian McQuade.

“She started working with all the (state) governors, and that’s how it came to be,” said Marian’s daughter, Ruth McQuade. “My mother was just writing (by hand) letters to governors of different states. I still think it’s kind of amazing that she was able to do that.”

Born in 1917, Marian was raised on a farm near Caperton, West Virginia, and was influenced by the older adults in her life, especially her grandmother.

“I think that’s where (my mother’s) interest originated—visiting shut-ins, which is what they were called then, with her own grandmother,” said Ruth. 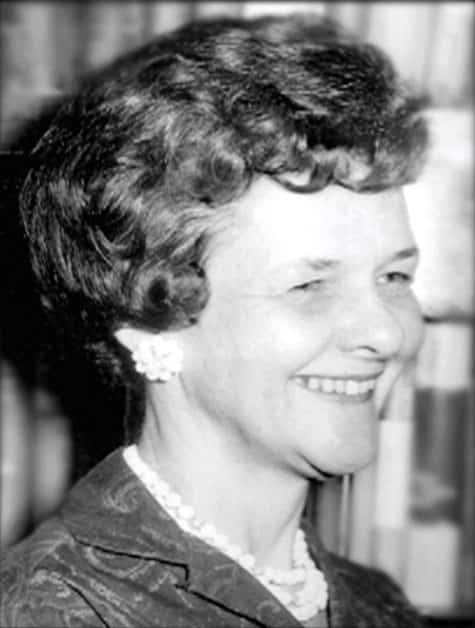 Along with her husband, Joe, a coal company executive, Marian raised 15 children. Ruth was the 10th child in the family and spent her career as a lawyer with the West Virginia Attorney General’s office and later with the United States Department of Justice. After Marian passed away, Ruth was in awe of her mother’s stamina and workload. Marian was a homemaker who didn’t have an office or a nanny, yet managed to pursue her advocacy work while maintaining detailed logs of her children’s illnesses and milestones.

“When I went out to close her estate, one of the things she had were journals,” said Ruth. “I was amazed by how busy my mother was.”

In addition to raising her large brood of children, by the 1950’s Marian was helping to organize the “Past 80 Party,” which honored older adults. In that era, 80 was considered old, and Ruth remembers it being a big enough event that U.S. Senator Jennings Randolf attended the parties.

Following her involvement in the “Past 80 Party,” Marian worked to locate people in West Virginia who were centenarians. According to Ruth, her mother would visit people over 100 years of age, interview them and write articles about them. Marian thought it was important to not lose that oral history and elder wisdom.

“She was very interested in getting children to talk to their grandparents before it was too late,” said Ruth.

Marian was concerned that the elderly were being ignored and undervalued. One way to remedy the problem was to encourage a bond between grandparents and grandchildren.

“For many of the elderly, it wasn’t the ‘golden years,’” said Ruth. “It was lonely and isolated. That’s really what she cared about and that’s what drove her.”

The Purpose of Grandparents Day and How to Celebrate it

Once President Carter signed the Grandparents Day proclamation, Ruth said that the real work began. Marian focused on educating organizations, such as schools and local governments, on the best ways to implement the holiday.

“Even though it’s not a major holiday, people do celebrate it and send cards, and I’ve seen so many schools where the grandparents celebrate with the children,” said Ruth, who explained that her mother would simply want to mark the holiday by encouraging connection between children and their elders.

“Recently, I had contact with a social worker who worked in a hospital where (my) mother used to visit the sick patients, and (the social worker) just couldn’t stop talking about her,” said Ruth. “She’s just an impressive woman.”