An Unconventional Caregiver for a Unique United Nations Visitor to NYC

Published By Hilary Young on September 24, 2019

For Albert Eshoo and Joyce Barocas, the husband-and-wife team who own Right at Home Lower Manhattan , it was a day just like any other when they received a unique and urgent request for care.

“We were told that the client has a disability, and he was coming to New York City from Africa for a conference at United Nations Headquarters,” says Eshoo. “He needed additional support to guide him through the weeklong conference, and it had to be someone who could get U.N. security clearance within 48 hours.”

Without skipping a beat, Eshoo made a phone call to one of his more recent caregiving hires, Runar Holen. Eshoo and Holen had met through a kayaking group in Manhattan, and when Eshoo found out that Holen had recently retired from UNICEF, Eshoo suggested part-time employment with Right at Home.

“Runar has a very unique skillset as a caregiver—he speaks five languages; is very active, kayaking and biking as much as he can; and is very knowledgeable, having traveled across the globe,” Eshoo says. “He’s an ideal companion caregiver and cultural aide for some of our clients.” 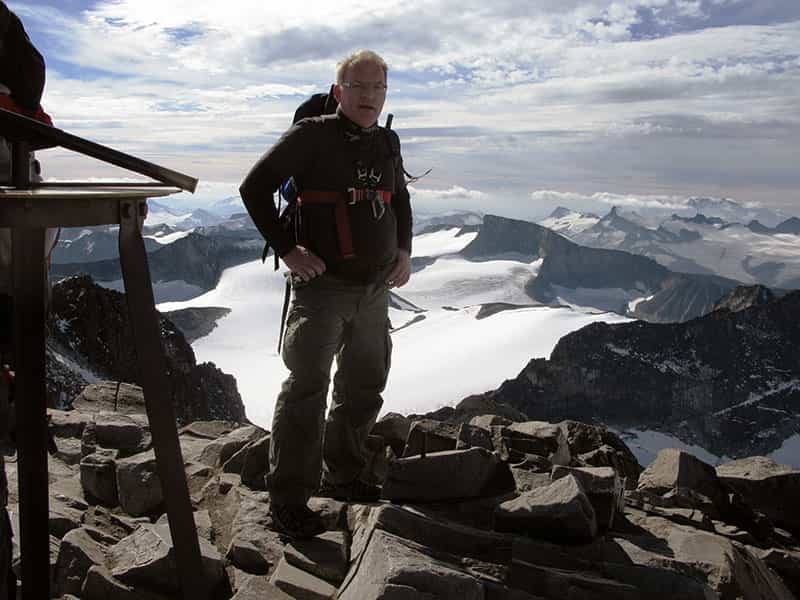 Not only did his international background make Holen a great fit for the client, but he also still had his security clearance with the U.N. from his years of work with UNICEF.

“It was almost too perfect,” says Barocas. “Runar was excited about the opportunity and very proactive about participating in the planning process. He really took the reins from us and jumped into what needed to be done for the client.”

Holen was tasked with helping his client, Ismail*, navigate his way through the busy streets of Manhattan and the conference rooms of the U.N. building. Ismail, a Program Officer with the an organization from Africa, was in town to attend the 12th annual Conference of States Parties to the Convention on the Rights of Persons with Disabilities . While he had the option to come with a guide from Africa, Ismail requested to have a local, New York-based guide. And he couldn’t have made a better choice than Holen.

“We walked a lot,” says Holen. “We went from the hotel to the U.N., around the U.N. building, and to and from events Ismail had to attend around the city. The U.N. building is very old and not tailored for accessibility, which is interesting given that everyone was there for a disability conference. Navigating the building was quite complex at times.”

Despite the logistics, Holen was able to make the experience feel easy for Ismail.

“Runar’s familiarity with the U.N. made movement around the building so much easier for me,” says Ismail. “He was a great guide and very supportive throughout, willing to serve as more than just a guide for me.”

Their week together was successful due in part to Holen’s prior experience with the U.N., which made the whole process less intimidating, and added a layer of comfort for both of them.

With his unique background, it’s no surprise that Holen was able to fit into the situation seamlessly. He originally hails from Norway, where he spent five years as a technical officer in the Norwegian Air Force before joining the Peace Corps and moving to Mozambique for six years.

“In 1994, I started working with UNICEF in Angola as an emergency telecom officer,” Holen says. “I trained people in the field, managed communications equipment, and provided support for emergency situations and quick-deploy solutions.”

Although Holen’s work started in Africa, it took him around the world to war-torn areas such as Kabul, Afghanistan, after the fall of Saddam Hussein in 2003, and Haiti after the 2010 earthquake. It was rewarding work, but worn down by travel and a desire to spend more time with his daughter, Holen put in a request for early retirement. When the day finally came, he found himself a little unmoored after 25 years of service to UNICEF.

“I’m very active and not one to sit still for too long, so when a bad storm hit New York shortly after I retired, I started volunteering my time for people who were in need,” Holen says. “Since Albert and I had an existing friendship, when he suggested that perhaps I pursue helping others as a part-time job, it seemed too good to pass up.”

Although he found that there was a bit of a learning curve with this new career path, Holen took to it quickly and has come to enjoy the intimacy and connection he forges with new clients. His experience with Ismail was especially memorable, as they spent such an extended time together.

“Ismail and I walked around a lot and I really got to experience what a day in the life of a person with disability was like,” says Holen. “There’s a real level of trust you have to have.”

Holen and Ismail have kept in touch since their week together at the U.N.

“Runar was willing to go the extra mile, to go beyond what he was contracted to do,” says Ismail. “At some point, it started to feel like we had known each other for a long time. Even after the conference ended, we’ve exchanged emails—we’re more like friends now. Runar offered to be around for me if I return to New York City, not necessarily as a caregiver, but also as a friend.”

*The client's name has been changed to protect his privacy.