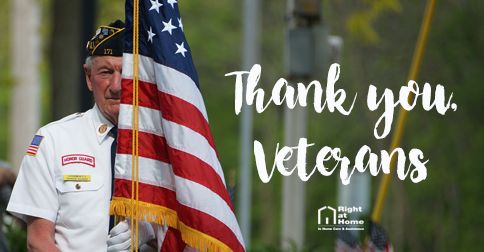 James Davis and Larry Anthony each joined the U.S. Armed Forces at age 19. Although the two served during wars nearly 20 years apart, both report that their time in the military helped shape who they became later in life.

Today, the two veterans have transitioned into civilian life. Both say they are proud to have served and are proud to continue to serve by helping other veterans.

The Importance of “Thank You”

Larry was drafted in 1966. He trained at Fort Bliss in El Paso, Texas, before he was sent overseas to Vietnam in 1967. As a field artillery soldier in the U.S. Army, he developed hearing loss as a 20-year-old and likened the experience to “being in an earthquake.”

When asked about the challenges facing Vietnam veterans today, Larry says that soldiers returning from Vietnam were not greeted with parades and appreciation because it was such a politically unpopular war. Due to public opinion, many of those soldiers were forced to keep their experiences to themselves and bury the bad feelings, which was just a temporary fix, as some of them are still, all these years later, working through their issues.

Larry knows that being a soldier can be a thankless job. He stresses that since the majority of soldiers who returned from Vietnam were underappreciated, there is a real power in having people thank them today for their service. 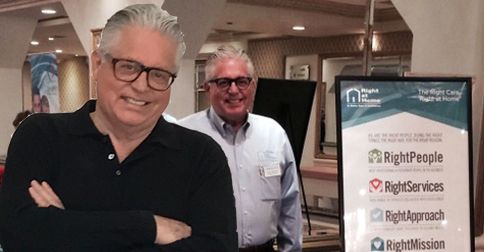 “Many brought home injuries that caused greater deterioration to their health and limited their mobility later in life,” says Larry. “And what a lot of people don’t realize is that there are a lot more of us than any other group of living veterans now, and all of us are in our 60s and 70s. Baby boomers are straining VA and other healthcare systems right now—just because of the sheer number of us—and there is a real reward in giving back and helping people who need it and can’t afford it.”

James Davis enlisted in the Army during the Gulf War in 1990 and completed officer training at Fort Benning in Alabama. He served as a medic in San Antonio, Texas, and as an infantry officer in New York. While he was never deployed overseas, he is the seventh generation of Davises to serve in the military and knows the trials and tribulations of being a veteran. 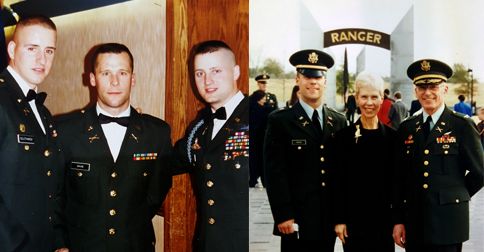 “There is a whole group of vets with a wonderful, supportive family structure,” says James. “But there is another group who is isolated; their physical issues are compounded by emotional issues that aren’t being addressed.”

James has seen this firsthand living in Albany, N.Y., where there is a VA medical center. With 92 miles between it and the next closest VA hospital, James has noticed that you get a sense of the devastation and desperation of the veteran community the further you get from a big city.

“Coordination of care is increasingly difficult, and there is a big emotional toll,” says James. “They feel like they’ve been abandoned and no one cares about them anymore. Transportation is a big problem, and many of them don’t have the ability to make modifications to their home if they have a disability. It’s a real challenge.”

According to the most recent U.S. Census, nearly one-quarter of veterans live in rural areas, and the poverty rate within that group is 6.9 percent. While the majority of these rural veterans don’t have access to a nearby VA hospital, veterans can now access health care professionals using telehealth technology.

While both Larry and James are veterans of the military, their time in the service could not be more different—Larry was on the front line while James worked as a medic behind the scenes. But that doesn’t stop them from feeling connected to each other, sharing a mutual life-altering experience.

Larry says that because veterans have a sense of camaraderie, since they all have experienced being in the military, they will nod in recognition upon seeing each other—whether they are male or female, young or old.

James adds that while the camaraderie among veterans is strong, the emotional toll of being in the service can be greater than what people anticipate. There is a powerful sense of pride in serving your country.

“It’s important to know that most vets want to hear each other’s stories,” says James. “When someone takes time to understand you and why you did something, they really get to know you as an individual.”

“For many, their service provides them with an element of pride, even if you never achieved great things when you got out of the service,” Larry says. “In many ways, their time in the military becomes their benchmark for success later in life, and sometimes that camaraderie becomes therapeutic.”

Both men stress the importance of connecting with veterans by simply listening to their stories and thanking them for their service. This can be especially powerful for veterans of the Vietnam War, who were victims of political circumstance when they returned to the country, leaving many of them feeling shunned by the public and closed off to their experiences. Bringing down the emotional walls they’ve put up over the years is an important part of the challenge.

“Being able to help is my reward,” says Larry, who owns Right at Home Los Angeles – Westside. “I actually donate my time and my employees’ work time. I’ll dispatch a caregiver to a house or a center where a vet needs help. I tell my employees never to accept any money from the veterans, and to be sure to thank them for their service.”

In addition to donating his health care services to vets in the Los Angeles area, Larry also donates his time trying to help vets through the VA West Los Angeles Medical Center, the Veterans Home of California, and Vietnam Veterans of America.

Likewise, James, who owns Right at Home Albany, NY, donates his time to the veterans at the Albany Veterans of Foreign Wars (VFW), and the Albany Stratton VA Medical Center.

“Volunteerism is a powerful motivator,” says James. “But when it becomes a regular part of your life, you can really form strong bonds with people and experience true gratitude.”