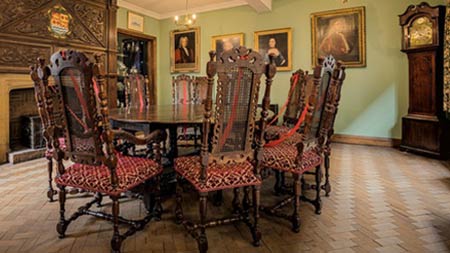 “We don’t like to say ‘downsizing,’” says Kimberly McMahon. “We prefer to call it ‘right-sizing’ because you are finally shedding all the physical and emotional baggage that was weighing you down. The No. 1 complaint we hear from clients is that they wish they did it sooner.”

McMahon is a founding partner at Let’s Move, a personal move concierge based in Fulton, Maryland. Her team provides senior clients with floor planning, which, she says, “takes into consideration all your possessions to create a comfortable, functional and beautiful new space. Once you know what will fit into your new home, it will be easier to identify the items that you don’t want to take with you.”

The boomer generation started going into retirement in the early 2000’s. Although a majority of them intend to stay in their own homes as they age, many of them are not choosing to do it in the house where they spent years raising children. Many are opting to relocate to smaller homes or apartments, eliminating the responsibility of maintaining space they don’t need during retirement.

A recent study by Bank of America Merrill Lynch found that three out of four baby boomers had the intention to “downsize their home to lower ongoing costs” as well as benefit from the additional equity. The study also reported that 47 percent of respondents would consider selling their home and renting an apartment, giving up the burden of home ownership entirely. And while downsizing can be liberating, the act of purging and moving can be quite difficult and stressful.

“Moving is the third-most stressful life event that a person can experience, just behind death of a loved one and divorce,” says McMahon. “There is a very emotional and physical process to moving, and it helps to have someone get you through it.”

As the boomer generation has different needs than prior generations, the National Association of Senior Move Managers was born with the mission to “facilitate the physical and emotional aspects of relocation for older adults.” The association has a national network of businesses that carry out the mission, including Let’s Move.

“Our team is not only physically conditioned to lift, sort, squat and kneel during the actual move, but they also have the ability to emotionally guide people through the process of releasing part of their history,” says McMahon. “We all listen to what they need and help them find peace in the process.”

McMahon also notes that baby boomers seem to have more stuff than their parents did, perhaps in part because they were born into a post-war conservative culture.

“The younger generations are already established and don’t want more stuff—they grew up around it,” says McMahon. “My biggest piece of advice to clients is to use their ‘good stuff’ now because their kids most likely will not want it.”

She encourages clients to donate as much as they can to organizations in need. Over the years, Let’s Move and their clients have donated over 1,500 pounds of food, over 2,500 pairs of sneakers and a variety of home goods to Habitat for Humanity. McMahon has found that her clients feel better knowing that their belongings are going toward supporting great causes and people in need.

The question then becomes this: What do you do with all your stuff when your children do not want it? Answer: Bring in an expert to host a tag sale.

Alixandra Bleek has been hosting tag sales since 1970, getting her start in her mother’s antique shop in Port Washington, New York. Today, Bleek runs her own company, Alix’s Tag Sales Presents, and has a great eye for items with selling potential, although she says that it’s usually the smaller items that go quickly.

“I’ve sold everything for people—from packs of unopened paper napkins to vintage clothing,” says Bleek. “The challenge these days is furniture, since no one is looking for clunky pieces. Everyone wants mid-century modern, which makes it hard to sell older pieces in heavy wood like oak.”

Many people experience a range of emotions when selling a house, including stress and anxiety, so hiring an expert to help you pare down your belongings can make the transition into a smaller home much easier. And as an added bonus, you can make some good money with a well-organized tag sale.

Bleek warns that the industry, however, is unregulated, so you need to look for certain qualities when hiring an expert to run a tag sale for you.

“Make sure they have insurance and always ask for referrals,” Bleek says. “And if they are members of the American Society of Estate Liquidators or have a license to sell used goods, it’s an added bonus and you know you won’t get taken advantage of.”