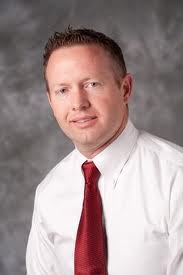 Right at Home Brenham was started by Edwin Young after his grandmother told him she didn't want to go into a nursing home or other assisted living facility. His grandmother needed help, but only wanted to live independently and be cared for in her home. He believed many seniors, and their families, must feel the same way. Right at Home Brenham works with various healthcare providers and families to provide homecare in the Brazos Valley that makes life a little less complicated for all family members involved and Edwin is heavily involved in the daily activities to make sure your family is treated with the care they deserve.

He graduated from UNT and spent over 20 years working with companies such as Dial and GE. Edwin is also a Certified Senior Advisor. Homecare in Brazos Valley is an important part of the healthcare support system and, as Edwin puts it, "We are working hard to increase the quality of care our clients receive each and every day." 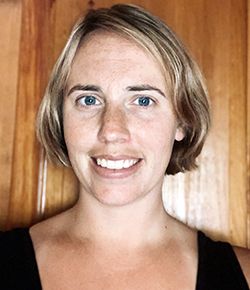 Kate was born and raised in Central Minnesota before moving to Missouri for college. She graduated from William Woods University with her Bachelor’s Degree and moved down to Texas. After the move, Kate began working for Texas Health & Human Services where she determined eligibility for Medicaid programs. Though she found joy in helping people, it was heartbreaking to deny seniors who were unable qualify for the programs.

Knowing she wanted to do more for seniors, Kate left the State position and began working for Right at Home as the Marble Falls General Manager. Her favorite part of the new position was being hands on helping our seniors and their loved ones navigate the path of aging and needing additional care. With a lot of hard work and dedication she took the small satellite office and quickly grew it into a thriving branch. In March 2019, Kate was promoted to Right at Home’s Administrator, managing the office operations for the Austin West, San Marcos, Brenham, and Marble Falls offices. Her business philosophy focuses around teamwork and customer service, making her a great leader for the team. When Kate is not running around the office, she stays busy raising her 5 children and step children with the help of her husband. Together they love all things outdoors and spending lots of time on the highland lakes! 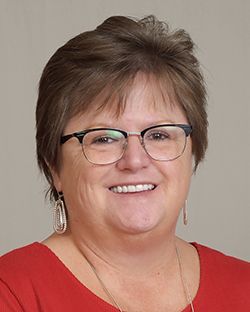 Janet was born and raised in central Texas. She graduated from UMHB and SHSU. Janet has spent over 30 years in the healthcare field serving both seniors and people with developmental disabilities. Growing up, Janet was impressed with her grandmother’s decision to become a sitter for seniors after losing her husband. Later on, Janet’s grandmother moved into an assisted living where Janet would often visit when traveling to Peoria, Illinois. Janet has a passion for serving others and finds it very gratifying knowing that she can made a difference in their lives. 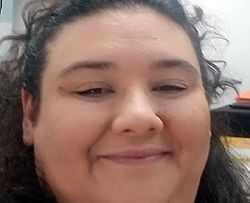 My Name is Ana Miller, I moved to Brenham about 5 years ago with my family. I have spent the last 20 years in retail management I enjoyed the Awesome people and face paced environment that went along with this position. As the years went on and the retail environment evolved it lost focus on taking care of the people. This made me think about what I could be doing that I would enjoy and that would help people. I grew up in a family with my mother and grandmother as nurses and working in nursing homes, but I really didn’t think about the nursing home residents until my grandfather became Ill and was placed in a nursing home for a short period of time, he did not enjoy being in a nursing home at all, he wanted to be in his own home, so we brought him home. It was very difficult to find help to come in the home and help care for my grandfather. I found the position with Right at Home as a Client Care Manager and thought to myself this is my opportunity to give back to the people who need care. I am thankful to work a group of people who are truly here to care for those needing help in the comfort of there own home.

How Social Workers Help You and Your Elderly Loved One

How Valentines Affect Each Other’s Health

Contact Us If you can’t find what you’re looking for or have a specific request, simply complete the form below. We’re always here to help.
4de9351f-1742-47bd-bdcf-23c945afd013 https://www.rightathome.net/brenham LocalSite