Right at Home Bronx featured in The Riverdale Press 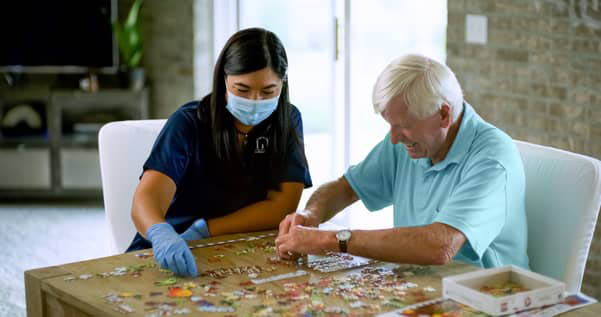 On Sunday, November 22nd, 2020, Right at Home Bronx owner, Enrie Morales, was featured in The Riverdale Press addressing Alzheimer's in an article titled: "Compassion, Awareness Are Key."  The article, written by Rose Brennan, introduces you to a proud woman known by family and close friends as "Chickie," and her story of cognitive decline due to Alzheimer's disease.  November is Alzheimer's Awareness Month, and in the article, they point out that an estimated 5.5 million Americans, most over the age of 65, have Alzheimer's by the NIH.

Morales helps provide context to how Right at Home focuses on providing care for those who have Alzheimer's, with person-centered care.  Morales, herself, has a wealth of knowledge about Alzheimer's as she is certified in dementia and cognitive support by the National Council of Certified Dementia Practitioners, as well as having experience with her mother living with Alzheimer's.  While Alzheimer’s is an increasingly common disease in America, everyone’s experience with it is different.

Morales also points out less obvious warning signs of Alzheimer's within the article.  Memory loss and forgetfulness aren't the only things to watch out for.  A person living with Alzheimer's may have challenges in solving problems, or planning.  They may have difficulties in completing familiar tasks, or become confused to the time or place they are in.  Problems having a conversation, speaking, or writing may also serve as early warning signs of Alzheimer's.

You can read the entire article using the button below!