We know you are busy raising your family, caring for an aging mother or father and balancing your career. Caregiving for a loved one can take its toll and change family dynamics. We know providing care for a loved one can become highly stressful – whether your loved one lives down the street or thousand of miles away. Our Care Team and Caregiver staff is able to provide in home care services for your loved ones unique needs with a Custom Care Plan.

Adam hails from Chicago originally, but he grew up in Northwest Arkansas. He is a graduate of the University of Arizona and Arizona State University, and spent most of his professional career in the Consumer Packaged Goods and Retail Industries. Adam chose to return to the Tucson area and establish Right at Home of Southern Arizona, because he always felt his business talents benefited the companies he worked for, but didn’t really make a difference in people’s lives. He loves leading an organization of people focused on changing lives daily. Adam is an avid reader, and enjoys both fiction and non-fiction books. He especially enjoys biographies of great people who sacrificed to make a difference in the world. He has been riding motorcycles since he was six years old, and when not working can be found—less often than he would like—riding his Harley-Davidson Road King Classic along scenic backroads. Adam’s greatest passion is his family, including Kola, his wife of almost 30 years, daughter Bronte’, son Addison, and grandsons Eli and Finn.

Kola is an Idaho native who spent most of her growing up years in Southern California. She spent summers moving irrigation pipe on her grandpa’s potato farm in Shelley, Idaho and has maintained the work ethic that experience instilled to this day. Kola is known among friends and neighbors for her compassionate support and kindness. She fell in love with caregiving after a friend invited her to apply for a part-time caregiving position with the Right at Home office in Bloomington, MN. She had been looking for something to do that did not feel like “work”, and before long she knew caring for older adults was to become her life’s work. Kola’s role with the company may be described as Chief Care Officer, because she is so focused on the client and caregiver experiences being the best they possibly can be. She loves vacations to any beach with sun and warm water, where she can sit on the sand and read a book. Kola’s favorite food is sugar cookies with extra frosting. Kola describes her greatest success in life as raising two incredible children and now loves being a grandma to two wonderful little boys, with all of the spoiling and tickling that entails. 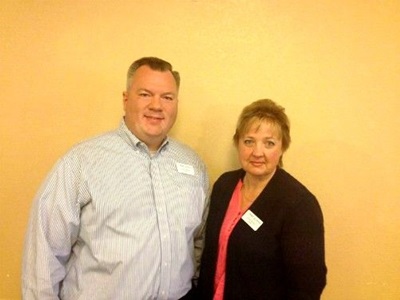 Irene joined Right at Home in 2016 as our Scheduling Manager after three years working in healthcare and transitioned to her current role as Office Manager in 2017. She coordinates VA authorizations, long-term care benefits, and employee payroll, among many other things! Her favorite part of working in the senior care industry is the satisfaction of knowing her work makes a difference in the lives of seniors and their families every day. Irene is a Tucson native and graduate of Catalina High School. When she is not keeping Right at Home’s daily operations running smoothly, she spends time with friends and family and her two dogs, Bell and Sugar. 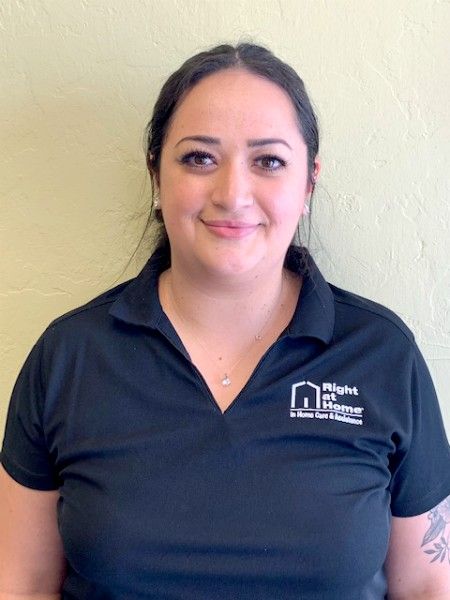 Scott joined Right at Home in 2015 as our RightCare Manager, transitioning from a position working with developmentally disabled adults. He spends his days training our awesome caregivers, introducing them to clients when newly assigned, and ensuring that we are delivering on our RightCare promise to clients and their family members. He is the main point of contact for Right at Home’s many Veteran clients, and especially appreciates hearing their remarkable stories and ensuring they receive the level of care they earned in service of our country. Scott hails from Chicago and continues to celebrate the Cubs’ 2016 World Series Championship. Prior to changing career paths, Scott spent 28 years managing large format retail stores. In his free-time he enjoys playing golf…and playing more golf…and playing even more golf. 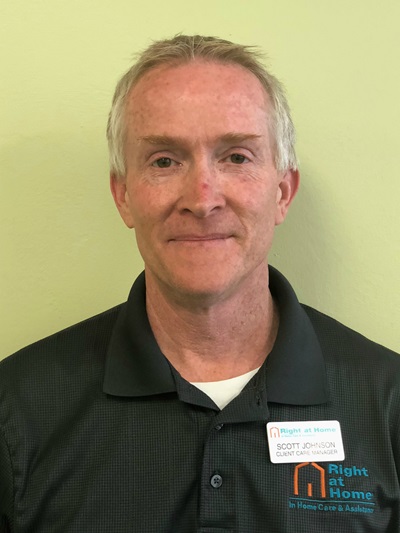 Abby Hupp joined Right at Home in 2020, transitioning from a retail sales and customer service role. In her role as scheduling manager, Abby strives to go above and beyond to ensure the best match between caregivers and clients. She takes pride in her creative approach to recruiting high quality caregivers to serve our clients, and has been an outstanding addition to our team. Abby is a Tucson native and attended Ironwood Ridge High School. She is currently pursuing a post-secondary degree in Interior Design and Home Staging. The influence of her education can definitely be seen in our office! When she is not at work, you will find Abby hiking, playing or watching sports, or hanging out with Koda, her Labrador Retriever. 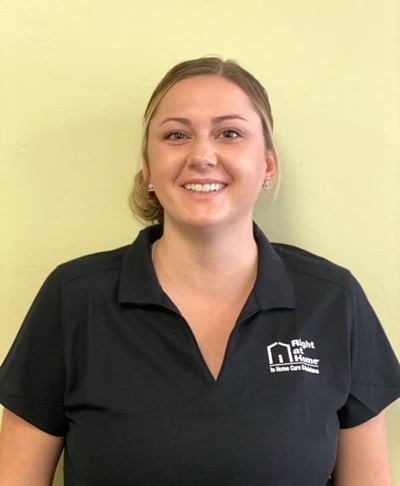 Ashley Loving loves being part of the Right at Home team supporting high quality care for our clients and improving their quality of life. In her prior role as scheduling manager, Ashley strived to go above and beyond to ensure the best match between caregivers and clients. She spends more time juggling phone calls than a long-distance operator! (Do they still have those?)

Ashley is a native of Tucson and a graduate of the University of Arizona with a degree in Chemistry. She has substantial administrative and analytical experience gained in previous roles. She is married and has three little boys. Ashley and her family enjoy hiking, camping, grilling steak, and hanging by the pool in the Summer heat.

Deb Gibbons has four decades of nursing experience in many different care settings. She worked for many years in the Home Health and Hospice world, supporting individuals with skilled nursing services in their own homes. Deb is often the first Right at Home employee new clients meet when she visits a home to develop a customized plan of care. Deb’s insight and keen awareness of individual needs is an important part of our matching process to ensure the right caregivers are connected with each client.

Deb is a native Tucsonian and has lived in the Old Pueblo her entire life. Deb and her husband love travel and adventure, meeting new people, and trying new things all around the world. 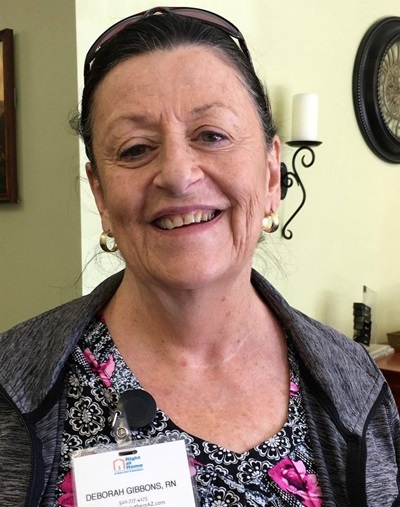 Susana is the youngest of 9 children and grew up in Southern California but escaped to Tucson in 2011. She is primarily responsible for supporting financial processes such as accounts payable, accounts receivable, and payroll. When not keeping our office running with the utmost efficiency, Susana can be found playing competitive video games with her husband, Will. She also enjoys the companionship of her Australian Shepherd/Labrador named Odin and German Shepherd puppy Stryker, and is a vivacious reader of true crime novels. 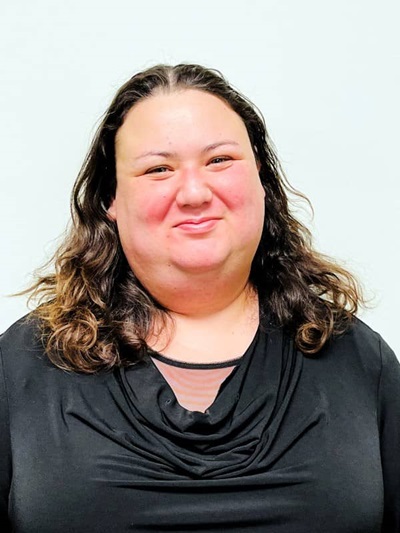