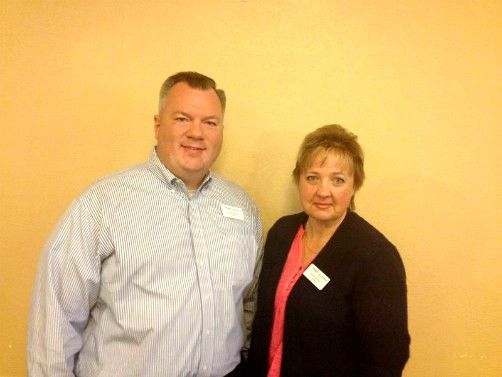 Husband and wife team, Adam and Kola Bliss, joined Right at Home with extensive experience in in-home health care. In addition to the experience of caring for their own loved ones, Kola has previously worked as a caregiver for Right at Home in the Twin Cities area in Minnesota.

Adam earned a Bachelor of Arts degree from The University of Arizona (1994). He later attained a Master of Public Administration from Arizona State University (1997). He started his professional career with HMA Inc., the largest third-party administrator of self-funded employer insurance plans in the Southwest, where he led the company's IT operations and launched its employee training program. Following, he pursued a career in sales and marketing in the Consumer Packaged Goods industry. He has held various leadership roles with The Hershey Company, Henkel, Clorox and most recently The Dannon Company. He also spent several years as a Principal and Vice President in the retail solutions practice at IRi, Inc. where he helped major retailers increase their shopper loyalty and analytics capabilities.

Adam's wife of over 20 years, Kola, received an Associate of Science degree from Ricks College in Rexburg, Idaho and attended Brigham Young University in Laie, Hawaii. She later completed her Bachelor of Science in Strategic Management at Arizona State University's W.P Carey School of Business. Professionally, Kola held finance and administration roles with several leaders in the healthcare industry, including Cigna and Intergroup, prior to focusing on her family as a full-time mom. When she eventually returned to the workplace part-time, she joined the Right at Home care team in the Twin Cities. 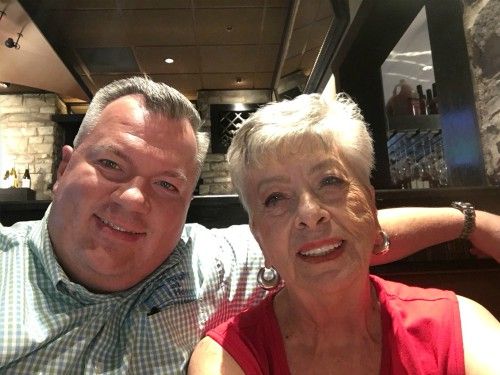 Adam Bliss, Co-owner: "When I was only thirteen, my father passed away after a long battle with cancer. We cared for him in our home with round the clock help from nurses, friends and family members. I will always be grateful for those who made it possible for my dad to be at home with us during those difficult months. There is no way we could have done it without help. My grandmother recently passed away at 100 years old. She made a choice to live as fully and independently as possible in her later years. Never having driven a car in her life, she got a driver's license at the age of 78 after my grandfather passed away. When she was 93, she began considering an assisted facility before my mother insisted that she stay with her. She lived to be 100 because my mom, with the help of some wonderful caregivers, made it possible for her to stay active and live at home."

Kola Bliss, Co-owner: "My grandfather was a potato farmer in Southeastern Idaho. I remember helping him move irrigation pipe and spending fall break in spud harvest. It was heartbreaking for me to watch Grandpa decline over several years due to Parkinson's Disease. I have always been grateful that he was able to stay at home and be part of our family’s daily life and activities even as his condition worsened. I’ve seen this same blessing in the lives of many families over the years where I’ve been able to help provide assistance in the ways they needed it most. That's why I'm so passionate about what I'm doing with Right at Home."

The experience of caring for and assisting seniors was immensely rewarding, and Kola realized this as the passion she wanted to pursue full-time. When the opportunity to open a Right at Home office in Tucson became available, Adam and Kola embraced returning to Southern Arizona's beatiful Sonoran Desert and serving seniors in the Tucson and Green Valley areas.

Children are the Key to a Dementia-friendly Future

The Need for Senior Transportation is Greater Than Ever

Include the Cost of Long-term Care in Your Retirement Plan

Right at Home did a wonderful job supporting my aunt while my uncle was in the hospital. They really paid attention to details. The staff was very compassionate and my aunt really liked them. We felt like she was in very good hands while we were not able to be there to help her. Thank you Right at Home!

Contact Us If you can’t find what you’re looking for or have a specific request, simply complete the form below. We’re always here to help.
989bc85e-4995-4b31-80f2-dfda09af32e8 https://www.rightathome.net/east-south-tucson LocalSite