Haverhill | About Us
|Back to About Us|

The Staff of Right at Home Boston and North Celebrate 20 Years!

Right at Home Boston and North celebrated their 20 year anniversary serving seniors. Rosaleen Doherty and Jay Kenney opened Right at Home in Beverly, MA in August 2002. At the time, they were the only Right at Home in New England. They were attracted to the idea of owning a business that served their local community. The opportunity to serve seniors came from Rosaleen's upbringing in a service oriented family, where she visited people in nursing homes often. Rosaleen's own grandparents lived at home until they passed. She noted the beauty of people being independent and enjoying their homes with family until the end of their life. This was a calling that she could put her whole life into. At the time, Rosaleen and Jay lived in Marblehead, MA and had a 6 month old daughter, Gabrielle and a 3 year old son, Noah.

Since that time, they moved their North Shore office to Salem. Right at Home opened in Haverhill, MA in 2006 and in Somerville, MA, which is now the Malden location in 2014. They have served thousands of seniors and their families over the 20 years. In 2022, Right at Home expanded to Portland, Maine so they truly feel like they are serving a large part of New England. At Right at Home, we have a passion for independence and are focused on serving clients with expert dementia and Alzheimer's care. Over the years, Right at Home has been a large supporter of the Parkinson's Foundation along with other disease oriented non-profits. Right at Home wants to thank AgeSpan, Greater Lynn Senior Services, SeniorCare, Mystic Valley Elder Services and Somerville Cambridge Elder Services for all their trust over two decades. They are also very grateful to be able to serve our country's veterans through the Veterans Administration.

Right at Home celebrated their anniversary with employees from all the branches with the CareTeam and RightTeam at Fenway Park. They enjoyed a BBQ, watching the NY Yankees beat the Red Sox, but it was a beautiful summer night and a great time was had by all. Today, Right at Home is a family of over 350 employees. If you look hard enough in the pictures, you see Gabrielle Kenney, Salem Care Coordinator, who was in 2002, the official Right at Home baby....all grown up and serving seniors everyday. 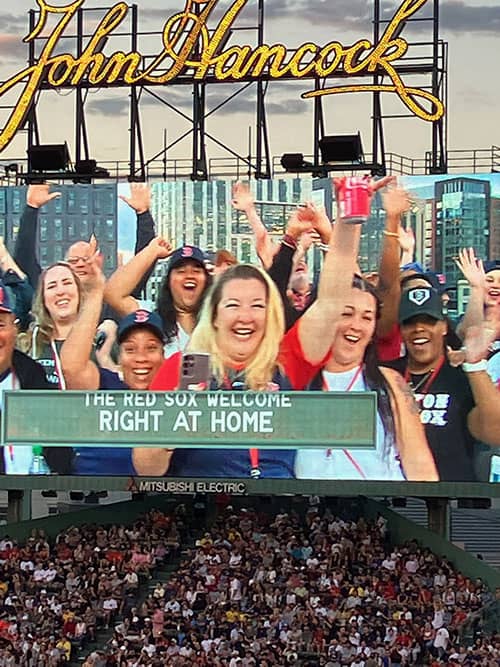 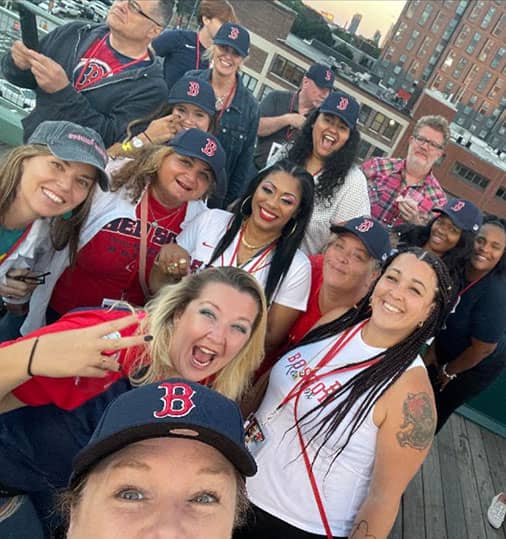 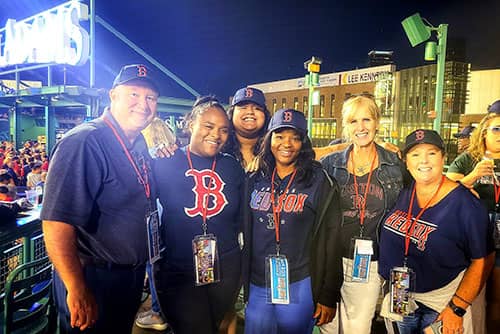 Need care for yourself or a loved one?

Ready to grow your career with Right at Home?