Skip to content
Lehigh, Berks and Lehigh Valley | About Us
|Back to About Us|

Our mission has always been to improve the quality of life for the seniors and adults with disabilities we serve. That means it's always about the people we serve and our dedicated team of caregivers and office members who work tirelessly to care for clients. We live and breathe our mission every day, with the goal of helping you navigate the journey. These are the people who work to bring you and your loved ones the highest caliber of in home care. 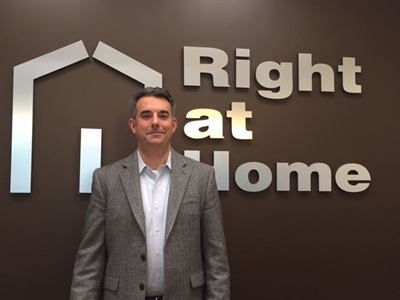 I learned a great deal from my parents early in life. One thing that was instilled in me at a young age is the value of a strong, bonded, close-knit family. As a young man, I was blessed with the opportunity to live overseas. This exposed me to a variety of different cultural experiences while completing my elementary school education in Spain and Thailand. After moving back to the U.S. in the mid-1980s, specifically to the Los Angeles area, I completed my education at UCLA.

My career during the past 20 years has always involved working in the services sector. Regardless of the product or company, these businesses focused on delivering consistent, high-quality service to clients. Prior to coming to Right at Home, I worked in the staffing industry. The best part about that business was the opportunity to impact families positively by helping them find meaningful work.

After leaving the corporate world, I had two goals in mind – getting closer to my family and starting my own business in an area where I could positively impact families and help them improve their quality of life. That’s how Right at Home became the best fit for me in the next step of my life. The Right at Home mission statement defines it clearly – “To improve the quality of life for those we serve.”

My family had relocated to the Lehigh Valley in the early 1990s.  My folks are in their 70s and don’t have any other family around to help them. That motivated me to relocate from Cincinnati, Ohio, to the Lehigh Valley to start my Right at Home business. In our culture, families help support and provide for one another. As my parents are getting older, I feel it is my responsibility to help them as much as I can so they can remain healthy and independent.

My team at Right at Home – Lehigh County & East Berks County hopes to do the same for you and your family. We look forward to learning about you and your family’s situation so we can work with you to help improve the quality of life of your loved ones. 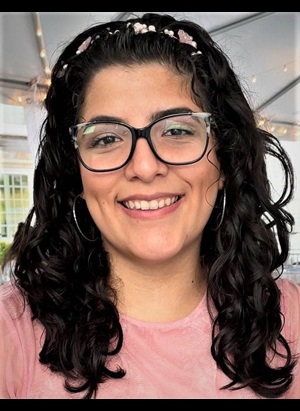 Maura joined our team in July of 2022 as Human Resources Manager. As a 2020 graduate of Moravian University, Maura earned a bachelor’s degree in Business Management, with a minor in Spanish. She brings a fresh perspective to our business, having completed 2 internships at Olympus Corporation of the Americas, where she focused on product management, as well as her previous role as an Assistant HR manager, handling all corporate HR functions for 200+ employees.

In her current role as our HR Manager, Maura specializes in employee relations & management, including maintaining employee files, hiring, training, performance management, conducting new-hire orientation, and all other HR needs.

Maura is thrilled to continue her HR career in the Home Care industry, utilizing her corporate skills to improve our business, and managing a diverse group of over 100 employees, providing care in our local community.

In her off time, Maura enjoys spending time with her friends and family, baking, trying out new foods, and traveling.

Chelsey Fogel has been holding Scheduler/Operations position since October 2021

Her previous jobs were in customer service, office settings, and home health care.

After living in Florida for a few years, she moved back to PA to be closer to her family.

Chelsey was introduced to the industry of home health care when a close family member began receiving dialysis treatments at home. After seeing the toll it took on him and the rest of her family, both physically and mentally, she wanted to help make other people lives easier and more enjoyable. That’s when she began working as a home health aide.

After a year and a half of being a caregiver, she was given the opportunity to work for Right at Home as a scheduler. With having experience working in both customer service as well as working as a caregiver, this was the perfect job for her. 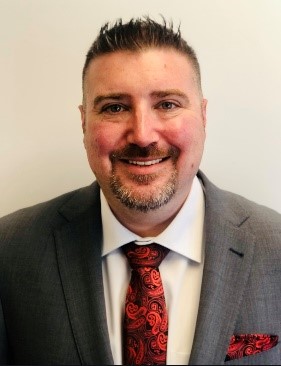 Chris came to Right at Home in 2022, after completing a 20-year career in the US Air Force. During this time, he was as an EMT and an LPN, and later served as a Flight Medic aboard C-130 aircraft during Operation Iraqi Freedom. About halfway through his military career, Chris was commissioned as a Medical Service Corps officer, managing large hospital departments such as Finance, Emergency Preparedness, Medical Logistics, and finally closing out his career managing the Air Force’s worldwide Aeromedical Evacuation System.

In his current role as our Administrator, Chris specializes in client relations & assessments, payroll & billing, the Medicaid waiver program, VA reimbursement, and Long-Term Care plans. He also has oversight of a staff of approximately 100 employees; and is the focal point of all business operations.

Chris grew up in the Poconos, and returned to the area after his military service, to continue utilizing his skills to help the local community and residents of the Lehigh Valley. During the last 20+ years, Chris has garnered a broad cultural perspective, having completed 3 college degrees and traveling to 67 countries while representing the Air Force and our nation’s interests at numerous foreign and NATO conferences.