At Right at Home Midlothian, we're dedicated to being much more than a simple home care company. We are a navigator of what comes next for seniors and adults with disabilities. Our mission is to improve the quality of life for those we serve. That means it's always about the people we support, and our dedicated professional teams working tirelessly to provide compassionate, highly-trained care for our clients. Living and breathing our mission each and every day is the passion driving our daily work, and the dedication to provide the highest caliber of in‑home care.

Put simply, our mission is to improve the quality of life for those we serve. Of course, we recognize that everyone’s idea of “quality of life” is different, which is why it’s so important to us to make you an active part of your own care plan. We want you to be in the driver’s seat regardless of any limitations or challenges you’re facing.

Most of all, we believe aging isn’t just about staying healthy, safe and independent. It’s also about living well. 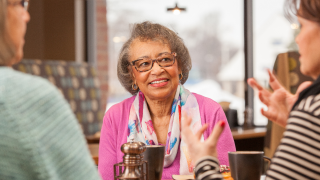 Whitney Krupala’s main goal in life has always been to help others. Her experience as a nurse allowed her to do just that; it also sparked her interest in the health care business. Now, she will be dedicating her time and talents to Right at Home. Growing up in Bowie, TX, Whitney was able to establish a strong bond with her great-grandparents and grandparents, who instilled upon her the desire to pursue in-home care as a career.

Krupala FamilyWhitney went on to obtain her Bachelor’s of Science in Nursing from Texas Tech University Health Sciences Center. Wanting to further her education, Whitney graduated from University of Texas at Tyler with a Master’s of Science in Nursing and a Master’s of Business Administration. As Whitney gained more and more experience within her field, she was able to explore many diverse avenues in the nursing industry.

After primarily working in the surgical intensive care unit for a few years, Whitney relocated to Mansfield, Texas as a school nurse, a position she excelled in for seven years. Though she appreciated her job, Whitney felt as if something was missing and knew that she wanted to explore career options in health care business and administration.

When discussing potential ventures with her father, who had been a business owner since she was a child, and her grandparents, who were always some of her greatest encouragers, Whitney reached the conclusion that in-home care would be the ideal business venture for her to become a part of.

Taking a leap of faith, Whitney reached out to Right at Home after seeing an ad in Southwest Airlines magazine that she saw end route to visit her grandparents. Learning about the brand’s mission and available territory, Whitney knew she had found the franchise she had been searching for.

Whitney and her husband, Cody, live in Midlothian, Texas with their son Heston and their daughter Emerson. Cody and Whitney have a passion for serving Midlothian and surrounding communities and are active in their church. Whitney is also a member of the Waxahachie Junior Service League.

As an organization, Right at Home's work with Free Wheelchair Mission began in 2016 as the company looked for a partner that would help us further our mission of improving lives worldwide. To date, the Right at Home team's efforts have raised more than $400,000 that has funded over 5,000 wheelchairs, which were distributed through life-changing Vision Trips to Vietnam, Ecuador and Costa Rica. 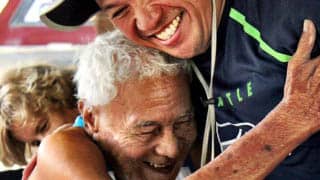