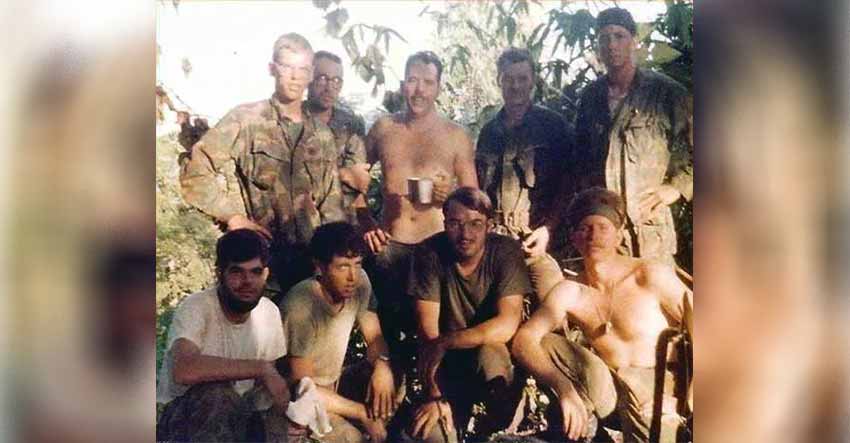 As a medical and mental health care professional with over 40 years of experience, Rick Tabor’s mission is to focus on promoting the wellbeing of people he serves. Understanding and acceptance with mindfulness are both important to Tabor; “I encourage people to be the best they can be, first for themselves, while respecting others who follow proudly.”

Rick is a U.S. Navy veteran and multi-generation of Tabors/Bosch to serve in the military. He joined the Navy in 1976. After Hospital Corpsman training, he was assigned to the 3rd Marine Infantry, Company-G and became Tanks Battalion’s Corpsman during the 1977-1978 Fortress Lightening deployment. He was then promoted to Hawaii's Petty Officer in charge of the Mental Health Clinic at Kaneohe Marine Corps Air Station from 1978-1980.

While on active duty, Tabor attended night classes at Chaminade University of Honolulu, where he eventually graduated with a Bachelor of Science in Psychology in 1980. He co-wrote a publication Mental Health Demographic Predictors in a U.S. Navy Population in U.S. Navy Medicine during his study. The research was replicated and eventually the key indicators became standard questions in various mental health assessments and screening tools.

He then attended University of Oregon and graduated with a master’s in science in Counseling Psychology in 1987. His thesis Client Suicide Effects on Therapists influenced the American Association of Suicidology’s expansion of suicide prevention programs.

In the decades that follow, Tabor works as a licensed mental health counselor, a certified mental health supervisor, a developmental disabilities specialist, and a child and adult mental health professional in Seattle, Washington. “I hope that with a lifetime of experience, I can somehow help reduce mental health stigma and assist those in need to seek help. Hopefully that will reduce the suicide rate in this country,” Tabor says. “My life's mission is to help others cope and be well.”

That mission motivated him to move home to Oahu with his wife, who is originally from Hawaii, to 1) Be closer to their Kupuna (aging) relatives, 2) better support Kupuna veterans on the island and 3) age in place in Hawaii while watching the sunset.

Tabor’s father-in-law Robert Hashimoto was a purple heart decorated WWII Japanese American veteran, who served in the legendary 100th Battalion Companyi C—a U.S. Army company that was made up of Japanese Americans from Hawaii whose family, friends and mentors were being interned on the mainland during the war.

Through Hashimoto, Tabor learned stories and details of the nisei (Japanese American, or second-generation Japanese) soldiers; “An estimated 33,000 Japanese Americans served in the military during and immediately after WWII. Approximately 800 of them were killed in action.” 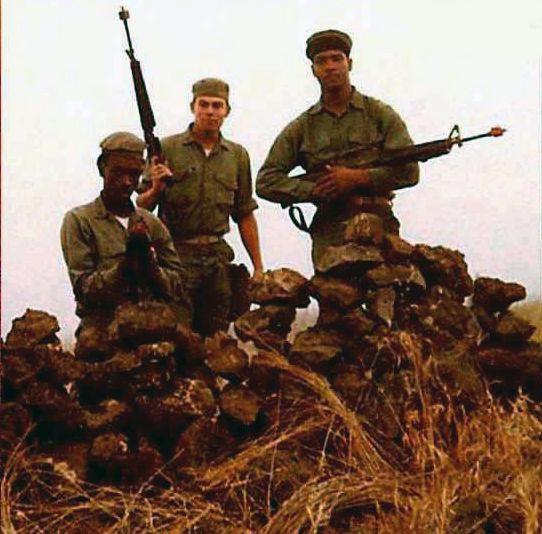 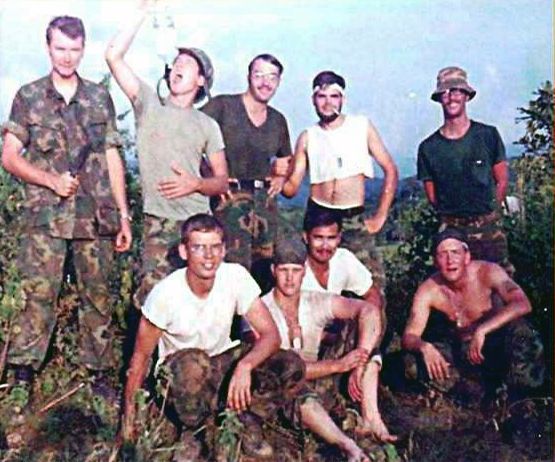 “Robert used to tell a story of the time his company ‘C’ liberated the Italian prisoner-of-wars at the end of WWII. He used to laugh when he’d talk about the language barrier—as they were trying to free the Italians, the Italians thought the Japanese won the war and were wearing American uniforms. That was one of Robert’s favorite stories,” Tabor recalls.

After WWII, Hashimoto returned to Hawaii. He worked on regaining the rights for Japanese Americans to vote, own properties and businesses; brought the Japanese Shinto religion back to the U.S.; helped build the Diaijingu Temple in Nu’uanu Valley, Honolulu; and was an active member of the Puka Puka Club made up of Nisei Japanese American WWII 100th Battalion Veterans (which was later re-named Club 100). Hashimoto was a lifetime member of Club 100, which is now open to dependents and descendants of the 100th Battalion veteran soldiers. Tabor and his wife are both active members of the club.

Club 100 hosts an annual Joint Memorial Service at Punchbowl National Cemetery to honor the nisei soldiers who have passed away, which happens on the Sunday closest to the first combat death for the 100th Infantry Battalionii, September 29. “The day before the service we lay floral bouquets at the grave sites of 100’s veterans laid to rest at the two national cemeteries on the island of Oahu—Punchbowl & Kaneohe National Cemetry. We then attend the memorial service to honor the Japanese American WWII soldiers who gave their all for their country.” Tabor says. It's really quite a humbling experience, just thinking about what these courageouys veterans did, against all odds."

Supporting Veterans and Military Significant Other and Spouses

Honoring and serving veterans and elders are both important to Tabor. In 2017, he joined Right at Home, an in-home care agency, as the Operations Manager to continue contributing his expertise to a community he loves.

Personal experience inspired Tabor to extend help and make a difference on the island. “Robert used to have bad dreams. When asked, he’d say that he didn’t remember who he was yelling at in his sleep. We all knew he was trying to process the war trauma,” Tabor says. “Trauma doesn’t go away. People adjust accordingly and process it in their own ways. Luckily there was always a supportive family there by Robert’s side; which, fortunately is also true for many of Oahu’s elder veterans.”

While it’s difficult to put a number on how many veterans Tabor and Right at Home Oahu has served, the home care agency is currently employing more than 20 military-related members, including dependents, spouses and reserve soldiers.

“Our office looks out to Pearl Harbor, for me, everything seems to have come full circle here. There are many veterans, military members in active duty services, military dependents and significant others on the island. And I truly appreciate, understand and can relate to the service and support that they need.”

iThe 100th Battalion was also nicknamed “The Purple Heart Battalion.”
ii Sgt. Joe Takata (April 29, 1919 – September 29, 1943) led his battalion in a battle at the Campania region in Italy on September 29, 1943, where he was fatally injured by a shell. Sgt. Takata was the first combat death for the 100th Infantry Battalion.