How to Recognize and Live with Parkinson’s 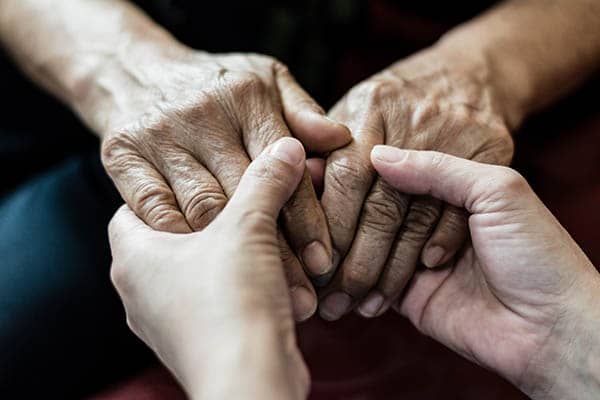 With as many as one million Americans living with Parkinson’s, it’s likely you know someone battling the disease. Perhaps you’re even battling it yourself. If you’re serving as the care partner for a loved one with Parkinson’s, you may wonder what to expect as the disease progresses, and how to manage care on your own throughout the changes to come.

Robyn Faucy Washington, CEO of Neuro Challenge for Parkinson’s, stresses the need to develop a plan to make life the best it can be for those with Parkinson’s and those who care for them. Most importantly, the plan should include building a strong system of support and resources, as Parkinson’s is a journey that should never to be taken alone.

Let’s start by answering some common questions about Parkinson’s.

What are some of the early warning signs of Parkinson’s?

Parkinson’s is considered to be a snowflake disease – meaning it manifests differently in each individual. There are some commonalities, however. Many people begin to notice a tremor in one finger or one hand. Parkinson’s typically comes on unilaterally. People with Parkinson’s may also lose their sense of smell, and experience problems with constipation, in some cases preceding the actual Parkinson’s diagnosis by up to ten years. Parkinson’s is a really dynamic disease, which makes it challenging to identify and treat.

If Parkinson’s is suspected, what’s the first step that should be taken?

The first step should always be to make an appointment with a primary care doctor. The changes noted may be related to other health conditions that have nothing to do with Parkinson’s. After that, the quickest way to either confirm it or rule it out is to see a movement disorder specialist or Parkinson’s specialist. Think of neurology as a huge umbrella, with Parkinson’s being just one very, very small section. A general neurologist may provide an examination and not be able to properly diagnose Parkinson’s, so seeing a specialist is important.

What happens if Parkinson’s is diagnosed?

It can take months to get a first appointment with a Parkinson’s specialist after a diagnosis by a primary care doctor, so be certain to schedule an appointment as soon as possible. It also is really important to look at Parkinson’s beyond the medical aspect. How does it affect other areas of your life? A typical doctor’s appointment lasts 7 – 15 minutes. Imagine getting a life-changing diagnosis in 7 – 15 minutes. Begin to research local and national resources for the education and support you will need.

What are the biggest challenges family members face?

Caregivers are often the unsung heroes who eventually carry the burden of this disease. Initially, in the typical progression of Parkinson’s, the symptoms can be managed independently for the first few years. As it progresses, the disease can take a toll on care partners. It’s crucial that regular, ongoing respite care is in place to allow care partners a break to tend to their own health and wellbeing.

If someone with Parkinson’s resists respite care, how can this hurdle be overcome?

One great tip is to look for a way to initially bring in a caregiver for an alternate purpose. For instance, if the person with Parkinson’s struggles to walk the dog, bring someone in strictly to help with regular dog walks. Or, hire a caregiver to help with meals, laundry, or housework at first. As the person becomes comfortable with having the caregiver in the home, and as care needs increase, it’s easier to transition to additional care services.

For more helpful resources related to Parkinson’s disease, give us a call at (941) 929-1966. Our home care experts in Sarasota and the surrounding areas are here to help.

Contact Us If you can’t find what you’re looking for or have a specific request, simply complete the form below. We’re always here to help.
f25e2e29-71ab-4664-9a2f-c640afef00ef https://www.rightathome.net/sarasota-county LocalSite