The Right at Home Sarasota County team is comprised of the most highly respected health care professionals in Sarasota County, known for their  leadership in Alzheimer' s care and support and their expertise in quality assurance and stringent hiring practices.

Right at Home corporately has more than 400 offices that serve thousands of clients across the United States and internationally. 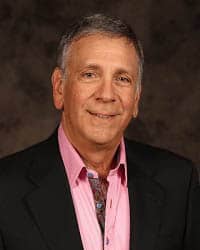 Michael Juceam, recognized as a "Hidden Gem" in Southwest Florida, opened the Sarasota office of Right at Home, in June 2004. Michael is deeply committed to the success of the homecare industry and the Right at Home System.  He serves on the Executive Committee of the National Board of Directors of the Home Care Association of America as well as the State Board of the Florida Chapter of the Home Care Association of America. He currently sits on the ITN of the Suncoast Advisory Board, a not-for-profit organization providing transportation services for seniors.Michael has recently been asked to server as Treasurer and member of the Board of Directors of the First Tee of Sarasota/Manatee. Michael also sits on the Fund Development Committee of the Friendship Centers. Michael also serves on the Right at Home Franchisee Brand Council, having been its Chairman for the past three years. Prior to holding his position on the Brand Council, he served for a three year term as the first Chairman of the Franchise Advisory Council. He also just completed serving a third term as President and member of the Board of Directors of the Sarasota County Aging Network (SCAN) . He is a past President and member of the Board of Directors of the Manatee Aging Network (MAN) as well as a past President of the Community Resource Council of Manatee County. Michael also served on the Community Advisory Board of the Healthsouth Rehabilitation Hospital and the Sarasota-Manatee Jewish Federation’s Senior Task Force. He also serves on committees supporting the activities of the Parkinsons Foundation, the Stroke Association of Florida, the American Heart Association and the Alzheimer’s Association .


Prior to opening his Right at Home office, Michael spent more than 20 years in senior management positions in the software and consulting services industries. He spent eight years as Founder, President and CEO of JEMTECH Solutions, a professional services document technologies firm and previously served as Executive Vice President and member of the Board of Directors of On-Line Software International, Inc., a NYSE system software company. Michael began his career practicing corporate and securities law in New York City. Michael is a graduate of Brown University in R.I., and received his law degree from Rutgers University Camden in N.J.

Cindy has a true passion for serving the needs of Sarasota’s seniors suffering from the various types of cognitive impairment. She is well recognized in the Sarasota healthcare community, having spent nine years as Director of Marketing for Arden Courts, an assisted living facility specializing in memory care before joining Right at Home as Director of Marketing in 2010. While at Arden Courts, Cindy developed outreach and support programs for residents suffering from Alzheimer’s Disease and other memory impairments and their families, creating a greater awareness of the prominence of this debilitating disease. In addition to her sales and marketing responsibilities as Vice President-Client Services, Cindy believes that an important component of her job is to enable people to interact more meaningfully with those suffering from cognitive impairment. She has attended the Ritz Carlton customer service training and has become a Certified Dementia Trainer by the International Council of Certified Dementia Trainers. Cindy utilizes that training by spending significant time teaching family members and caregivers how to deal with the difficult behaviors that often accompany cognitive impairment, showing them activities that are appropriate for clients with cognitive impairment, furthering Right at Home’s mission of delivering the best possible experience for every client. Cindy is also heavily involved in community activities, having served as the Chairperson for the Alzheimer’s Association Memory Walk for 11 years, as well as serving on numerous committees supporting the efforts of the Senior Friendship Centers, the Parkinson’s Foundation and the Manatee County Senior Advocacy Council. 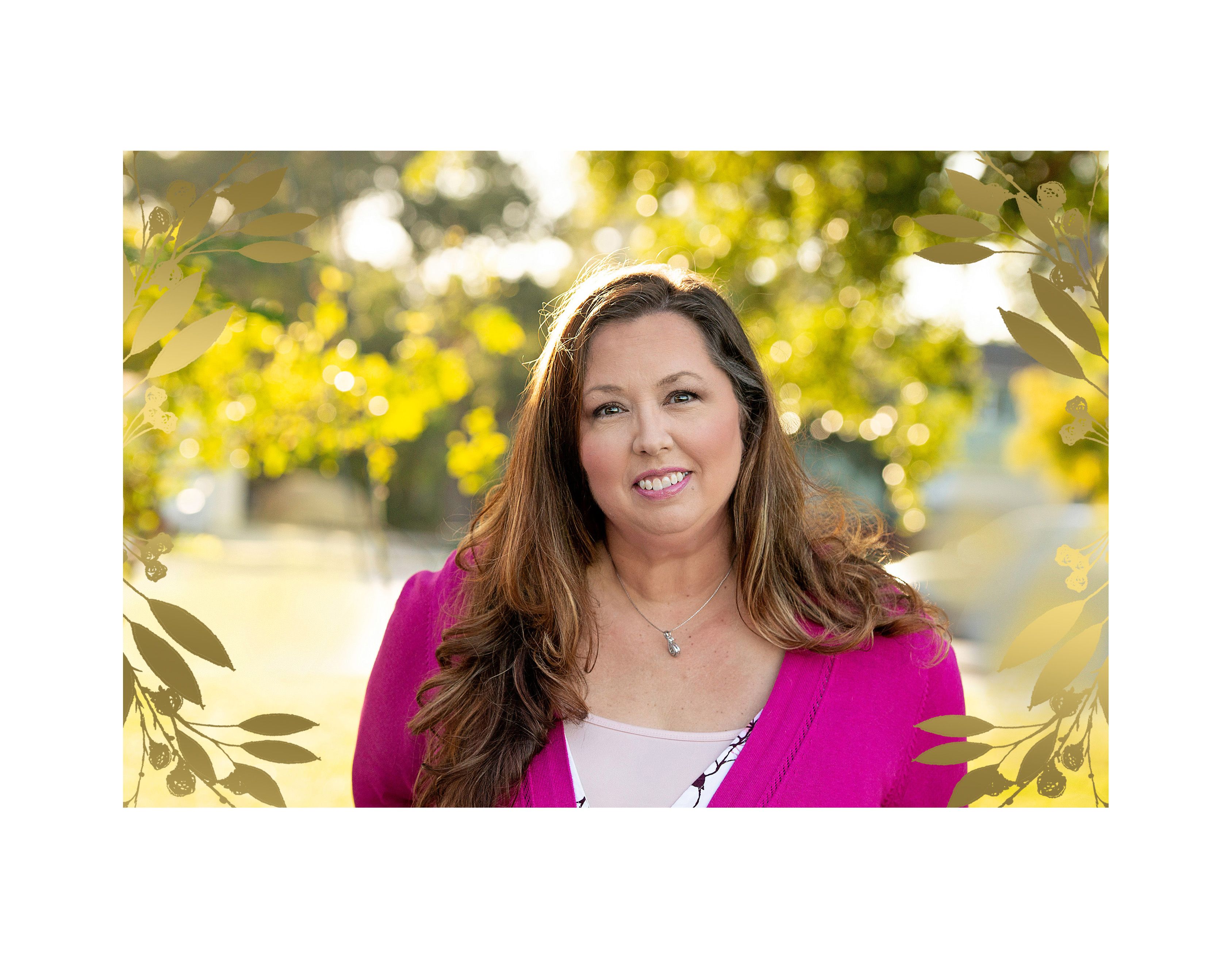 Melissa joined Right at Home as a Client Care Coordinator in 2013. Her career in healthcare began more than 11 years ago, when she went to work as a receptionist in an assisted living facility. Realizing that she had a passion for assisting Seniors Melissa decided to take on a role more involved with actual care. She studied for and received her Core Certification from the Department of Elder Affairs, and also became a Certified Nursing Assistant and Medication Assistant. Believing she could do even more, Melissa then pursued and obtained her Practical Nursing License in 2012. With those credentials under her belt, Melissa became the Director of Memory Care at Horizon Bay Assisted Living in Sarasota for one year.

Melissa fully embraced her initial Client Care Coordinator role at Right at Home. She recognized that successful coordination of care is comprised of many aspects, including attention to detail, thoroughness, and timely communication with both caregivers and clients and their families. Time and again Melissa demonstrates that her top priority is making sure every client has the best experience possible with Right at Home. Melissa became Operations Manager for Right at Home, overseeing the entire Client Care Coordination team. When Right at Home was looking for ways to enhance even further the client experience, Melissa assumed the role as Client Relations Manager, where she handles every aspect of client interaction from their initial call to Right at Home for assistance to ensuring that care goals are continually being met throughout a client’s tenure with the company. 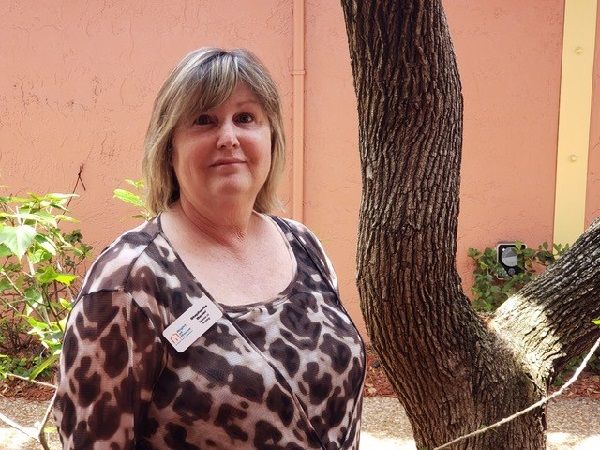 Stephanie joined Right at Home in January 2020 as Director of Nursing. Her nursing career spans 20 years, the majority of which have been in homecare. Her experience also includes work as a hospital nurse and in family practice and she brings a wealth of knowledge and experience to the team. Her ability to successfully direct the Right at Home Care team is founded in her meticulous analytics of patient care and her unwavering attention to patient rights.

Stephanie approaches each day with a smile and an attitude that assures both families and caregivers alike that no matter what challenge arises, an outcome that satisfies everyone’s concerns will be the result. She capably provides provide support and guidance to our clients and staff, especially in times of crisis, epitomizing what RightCare is all about. Stephanie has been a truly welcome addition to our team.

When she’s not directing the care team Stephanie enjoys time baking and doing crafts with her 6 grandkids. She also enjoys spending quality time with her golden-doodle, Jackson, and her husband in the Grand Teton Mountains of Wyoming.

Leah began her healthcare career as a Certified Nursing Assistant in 2008. At first she served her community in rural Oklahoma by working for the local hospital in the Memory Care Unit, eventually transitioning into the Emergency Department. In 2011 she moved from rural Oklahoma to Oklahoma City to begin her new role as a Stage IV Clinical Trial Research Technician for the Infectious Disease Institute of Oklahoma and Multidisciplinary Oncological Studies at the Peggy and Charles Stevenson Oklahoma Cancer Center on the University of Oklahoma’s Medical Campus. Through her research and development services she became a strong advocate with RAIN Oklahoma, Oklahoman’s for Equality, Oklahoma Family Network, and the local LGBTQ++ community of Oklahoma.

Leah’s passion for inclusivity and helping others has since carried her into a career in Human Resources. In 2019 she and her family arrived Sarasota, Florida, joining Right at Home in the Human Resource department where she continues to be a strong advocate for the equality and inclusivity for all Right at Home staff. Leah dedication and work ethic have been invaluable to the Company and she was promoted to the position of Director of Human Resources in January 2020.


We Provide the Personal Attention and Care of a Friend

Our Difference ♦ Our Commitment♦ Our Services

The Price of Home Care Services: Is It Worth It?

Profile of a Professional Caregiver: An Interview with a Caregiver of the Year Nominee

Home Care Accreditation: Why You Should Insist Upon It from Your Home Care Provider

Communication and Dementia: The Do’s and Don’ts

I am very thankful for the services that Right at Home provides for me and my family. As a disabled Veteran, the monitoring by the VA and the assistance from the staff at Right at Home enables me to live at HOME. Thank God for the Right at Home team. They go above and beyond helping me to remain Home. I can't say enough good things about them. Leann is the greatest help.

Contact Us If you can’t find what you’re looking for or have a specific request, simply complete the form below. We’re always here to help.
f25e2e29-71ab-4664-9a2f-c640afef00ef https://www.rightathome.net/sarasota-county LocalSite