Ashwin Modayil is pleased to introduce Right at Home to the Springfield, Missouri, community beginning January 2018. Ashwin entered the field of healthcare by completing the Master of Health Administration (MHA) and the Master of Public Health (MPH) degrees from Missouri State University. Since 2009, he has served on the leadership team of the Taney County Health Department, leading initiatives in quality improvement, performance management, information technology, and innovation.

Ashwin’s experience tending to his father’s final wishes as a cancer patient led him to finish his education, pursue a certificate in Public Health Leadership with the University of Nebraska, and eventually become a franchise owner with Right at Home. 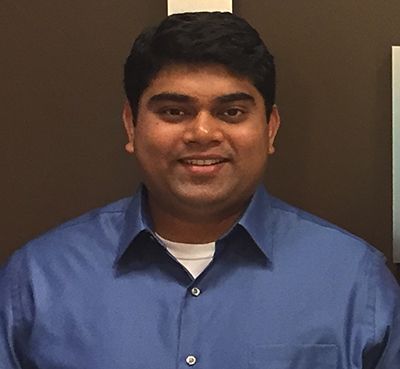 Ashwin came to the United States from India in 2002 to pursue higher education. While working to pay his way through university and maintain a high grade point average, Ashwin received news that his father, Dr. George Modayil, was headed into the advanced stages of his battle with cancer and needed Ashwin’s help at home.

As an orthopedic surgeon who had spent his life in hospitals, the one thing Dr. Modayil wanted more than anything was to be at home for as long as possible and to have his son Ashwin making decisions on his behalf.

Ashwin stayed focused on keeping his father in their home environment where his father could be the most comfortable. With very little home health care available in the city of Bangalore, his father’s condition soon became too much to handle, and the family was led to rely on a more stable environment of care.

During Dr. Modayil’s final moments of life, Ashwin promised his father he would return to America to finish what he had started –— his Masters in Health Administration followed by a Masters of Public Health.

Why Right at Home?

Leading initiatives to improve health care and public health has been Ashwin’s primary professional focus for more than ten 10 years. He has implemented dozens of large-scale projects for Taney County and has gained a reputation as a valued leader in public health.

As part of a year-long process, involving interviews, team meetings, and training sessions, Ashwin believes Right at Home has clearly communicated the values that drive the company.

“This isn’t a franchise company that’s just looking to get you into a system and turn you loose,” Ashwin said. “It’s clear they care about their franchisees, and they are really going to help us to serve families in a manner of excellence consistent with what I want to provide to the Springfield area.”

Any ties to the local community?

Missouri State University has played a central role in developing Ashwin as a leader. Mentors from the Public Health program, the Faculty Center for Teaching and Learning, and the Office of the Provost have all had a hand in inspiring Ashwin’s growth as a leader. 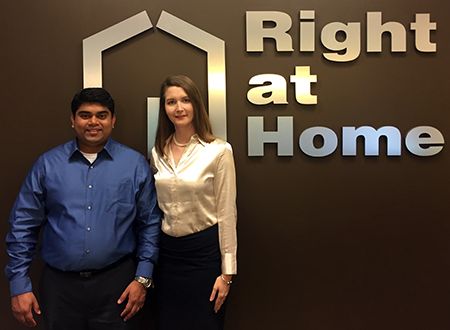 An internship with Dr. Shachar Tauber, Mercy Clinic Eye Specialist, gave Ashwin his first opportunity to complete a quality improvement project in the local healthcare industry and provided a symbolic experience of what success looks like in America.

Springfield was Ashwin’s home for seven years before he moved to live and work in Branson, Missouri, where he met his wife, Amanda, in 2009. Commuting between Springfield and Branson is a frequent topic when it comes to health care in Branson. In his attendance at local events and meetings, Ashwin recognized that people travel to Springfield when they need advanced health care services, and according to Right at Home sources, at least 70 percent of patients released from hospitals need in-home healthcare.

Contact Us If you can’t find what you’re looking for or have a specific request, simply complete the form below. We’re always here to help.
7717884b-4de8-4a22-b5c1-b0639ceb4f2d https://www.rightathome.net/springfield LocalSite