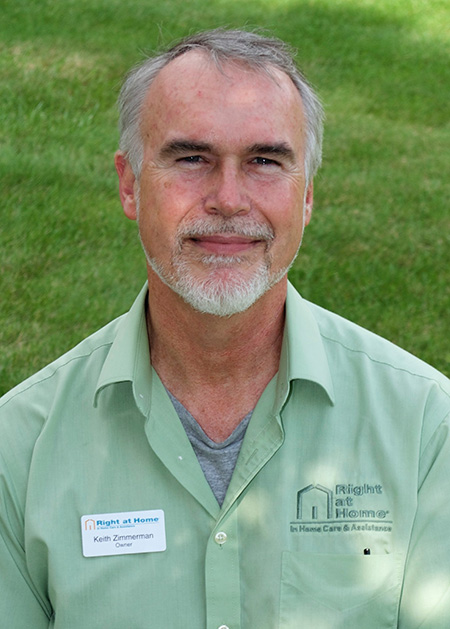 Having spent years as an Engineer designing electrical cables, heavy military vehicles, refrigeration control systems, and running a storage business on the side, I came to a point where I looked back at what I had accomplished in my first 50 years and felt that though those accomplishments were important, they didn’t really add-up to much as I had grown to understand that people, relationships, and fulfilling the reason for my existence are what really matter in life.

I looked back in my past and remembered how my grandmother had taken responsibility and was the primary caregiver for her sister who was severely mentally retarded and not expected to live past 20.  Yet with the loving care and devotion of my grandmother, Elsie lived 74 years.  Elsie was unable to bathe herself, unable to walk without assistance, incontinent, unable to change her own clothes, and needed continuous assistance.  I was close to my grandmother and often helped pull Elsie up when she slipped down to the car floor between the seats, or needed an arm to hold so she could move around.  One would think that Elsie would have become a thorn in the side of my grandmother because of all the work needed to meet her needs, yet instead my grandmother had become so close to Elsie that she lost much of her purpose to go-on when she no longer had Elsie to care for and she too passed away later in the same year as Elsie.

Then there was my other grandmother that developed dementia and came to live with us when I was a teenager.  She had reached advanced stages and my mother became her caregiver as her confusion reached a point where she could no longer bathe herself, get meals, or change her own clothing.  I gave up my bedroom so she could live there with us and I witnessed first-hand how devastating dementia can be.  She was so confused that from my basement room, I could hear her feet shuffle across the floor at 2 or 3 am as she headed to the kitchen and sat down calling out to ask “where is dinner” because she thought it was dinner time. My mother made a huge positive impact on her quality of life as her dementia progressed.

As a young married couple, we experienced the devastation of cancer as our 3-year-old son, Jonathan, developed an inoperable malignant brain tumor and lost the battle after 6 months of trying every form of chemo and radiation that they thought had a chance.  I’ll never forget those long nights and weeks at Hershey Medical Center, how incredibly wonderful those doctors, nurses, and students were to us, nor how the Four Diamonds Fund came to our aid when the medical bills piled up.

These experiences and others over time demonstrated to me that serving others in need is among the most important and rewarding things for both the caregiver and for those needing care.  So I decided to take what I know of running a business and put it together with the very best staff that anyone could ask-for and offer home care service that helps others to remain in their own home and as close to their loved ones as possible so that the quality of life for all involved can be the best it can possibly be, and with the hope that serving others in this way is also serving God in a meaningful way that matters.

I am very thankful for the services that Right at Home provides for me and my family. As a medically disabled Veteran, the monitoring by the VA and the assistance from the staff at Right at Home enables me to live at HOME. Thank God for your office staff and Home Health staff. They go above and beyond helping me to remain Home. I can't say enough good things about them. Leann is the greatest aide.

Contact Us If you can’t find what you’re looking for or have a specific request, simply complete the form below. We’re always here to help.
723ab2aa-ddb5-436a-b17b-163820e07f59 https://www.rightathome.net/york-hanover LocalSite